Mike Howell (Jesse Eisenberg) is a stoner convenience store clerk who discovers he’s in fact a highly trained CIA agent when the government decides to eliminate him. Now with his newly activated skill set he begins to take out adversaries left and right in order to save his life and protect his girlfriend Phoebe (Kristen Stewart) from being liquidated.

Move along, there’s nothing to see here.

When I first read about this movie upon its release I thought American Ultra had the potential to be a fun action comedy. A silly romp parodying the Jason Bourne movies with a confused stoner as the lead who unexpectedly becomes a lethal killing machine. The setup is primed for laughs and shootouts. And I guess that’s what they were going for, but the movie isn’t as entertaining as the idea. Other than a few over-the-top blood-soaked kills there’s nothing else that held my attention throughout the whole thing.

The film attempts to juggle comedy and action and thrills….and it misses the mark on all of them.

When a CIA suit (Topher Grace) decides to eliminate Eisenberg the agent who was running the secret program he was a part of (Connie Britton) tries to help him survive attempts on his life. Howell kicks into action, fends off agency hitman, does some killing and Topher Grace gets more and more frustrated. Then when Topher grabs Kristen Stewart as a bargaining chip Eisenberg goes into full lethal killing mode taking the fight to him in order to save her.

It’s all very stupid, which I would be fine with – if it was entertaining. It isn’t. It’s surprisingly boring! It shifts from the action and comedy abruptly with neither one working. Thinking back on it I can’t think of one joke I even smiled at.

There are a few spurts of silly action that are amusing. Probably the best one is Eisenberg throwing a frying pan up in the air and ricocheting a bullet off it to kill a guy. The violence gets needlessly extreme at points and that doesn’t help add any humor or excitement to any of it.

The supporting characters are forgettable and in some cases I was confused as to why they were even there. Certain parts don’t make much sense, which would have been nice. Even by going along with the outrageous premise of a stoner secret agent I’d like to be able to follow some logic. As I saw the end in sight I realized there wasn’t much to this story and it wasn’t going anywhere else. As the climax began I thought to myself, ‘That was the whole movie?’. 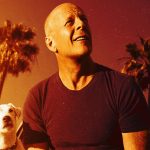 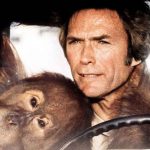