So Zack Snyder’s and Warner Brothers’ Batman v Superman: Dawn of Justiceis due out on March 25, 2016. And since it was announced in June 2013 they’ve done everything they could to build up hype to make it a truly big event film.

How do have they done that? By releasing a steady stream of trailers of course!

The latest one was released a few days ago. I think we’re referring to that one as ‘Trailer #2’. Although. I think I’ve lost count of how many of these things they’ve put together. Let’s see, there has been:

Teaser Trailer #1 – ‘The Do you bleed trailer?’

Does this seem like we’ve gotten an excessive amount of trailers for this movie??? I know they want to promote it, but geez, are we going to get trailers three and four soon? I’m already getting sick of this movie.

Maybe this amount of trailers is the norm nowadays and it’s just me that feels like it’s getting overboard. I know fans love these trailers. Youtube is filled with these trailer reaction videos of movie fans screaming, hopping up and down and declaring the latest trailer they see as the greatest thing ever. The picking apart and analyzing every frame of these things has become a national past time among geeks.

I understand the excitement for a movie, but sadly all these Batman v Superman trailers have had the opposite effect on me – the more I see of this movie the less interested I am in it. Oh I am certainly curious, but I’m not very optimistic about it. I was cool on this flick ever since learning Syder and screenwriter David S. Goyer would return after that Man of Steel debacle. I think they’re banking on the wrong creative team and the approach to this. Despite being painted in a corner with that Man of Steel nonsense, but plowing ahead anyway trying to establish this whole DC Cinematic Universe with that as a starting point seems like a mistake. We all know this wasn’t how things were planned out when Man of Steel was filming.

Warners is anxious to go after that Avengers money they read so much about and suddenly Batman v Superman was born. Come on, we all know why this movie was decided to be made. The fact it’s called ‘Dawn of Justice’ and has got Wonder Woman, Cyborg and Aquaman in it (is Flash supposed to appear in this too? I forget.) shows that now Warners has a plan for their DC films moving ahead that has been inspired by Marvels huge success.

And it can’t be just coincidence that all these trailers were timed so closely by the arrival of Marvels trailers. That had to be planned right? I don’t want to rain on anyone’s parade. I would love this to be a great movie. I’d be so geared up for a Batman/Superman movie and I’d love to go see this and be surprised, but this flick is just not infecting me with anything other than indifference. The Captain America: Civil War trailer had a dark, dramatic tone to it and after watching that I’m enthusiastic for it. But Bats and Supes…..eh.

I don’t think you have to analyze things too closely from these trailers to get an idea of what is going on and what is happening in the story. If they’re smart they still got some surprises in store for audiences when they finally watch this thing and the the whole story won’t have been so blatantly telegraphed through all these trailers. They might have been better off to just have left it with one teaser trailer and that was it. The names of Batman and Superman are enough to pull in audiences.

I hope this is the last trailer we see for this flick. 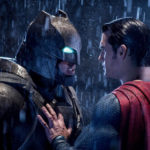 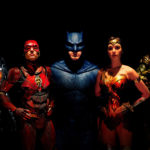