Charles Bronson onscreen persona was the strong, silent type. He was a man of action when pushed, but kept his emotions to himself.

Bronson is a bit of enigmatic figure. He rarely did interviews, talked little about his life or films and went to great lengths to keep his private life private. This just makes him an even more interesting figure.

Born Charles Buchinsky on November 3, 1921 in Ehrenfeld, Pennsylvania, an area where coal mining was the way of life. He was the eleventh child in his Lithuanian-American family. His father died when he was 10 years old, at which point young Charlie began working in a coal mine.

Managing to survive in very poor conditions during the Great Depression, Bronson would enlist in the Air Force during WWII. After the war he worked odd jobs, before joining a theatrical group in Philadelphia. By age 20, he moved to New York to study acting. He shared an apartment in NY with a fellow struggling actor Jack Klugman. Charles Buchinsky began landing often uncredited acting work in films. Small roles in both big and small productions. You’re in the Navy Now, The Mob, Battle Zone, Pat and Mike, My Six Convicts, House of Wax. It’s very impressive to see the diverse amount of actors Buchinsky appeared alongside with in his younger years.

With his chiseled features and muscular physique, he was perfectly built to play the heavy, the boxer, the prisoner, the gangster, the soldier. And he could play all those parts quite convincingly.

As Bronson once said, “I don’t look like someone who leans on a mantelpiece with a cocktail in my hand, you know. I look like the kind of guy who has a bottle of beer in my hand”.

In 1954 it was height of the Red Scare and the House of Un-American Activities Committee began to zero on the Russian threat. Buchinsky decided to change his Eastern European name to avoid problems getting work during the Communist scare. The name he settled on was Charles Bronson.

I’ve read some accounts he choose the name ‘Bronson’ from Bronson Street that lead up to the gates of Paramount Pictures. I have no idea if that true though. Again, Bronson talked very little about his life to reporters.

In 1958, Bronson got his biggest break up to that point being the star of the ABC series Man with a Camera. He played Mike Kovac, a former combat photographer who does freelance work in New York City. Each week he would get embroiled in a new mystery or crime that had to be solved. The series ran for two seasons.

In 1960s Bronson became particularly busy co-starring in films that would become beloved favorites and classics. The Magnificent Seven, The Great Escape, The Dirty Dozen. He appeared as the villain in 4 for Texas, played a boxing coach to Elvis Presley in Kid Galahad. Co-starring roles in The Sandpiper with Elizabeth Taylor and Richard Burton. He was billed after Robert Redford and Natalie Wood in This Property is Condemned. And played a merciless Mexican bandit in Villa Rides.

His television work certainly didn’t end. It’s an impressive list of the amount of television shows Bronson would guest-star on in his career – The Twilight Zone, Have Gun Will Travel, The Fugitive, Combat!, many anthology shows.

It was during the filming of The Great Escape when Bronson would meet actress Jill Ireland and she would become his second wife. They would appear in fifteen films together. Bronson would often require a part for his wife so they could be together while working. They would remain married until Ireland’s death from breast cancer in 1990.

It was from his memorable performance in Villa Rides, when Bronson became a popular figure in Europe. It would be overseas where he focused his film career in. He would make the French thriller Farewell, Friend, Sergio Leone’s Italian western classic Once Upon A Time in the West in 1968, the British/American comedy Lola aka Twinky, the French action film Guns for San Sebastian and the French thriller Rider on the Rain.

Bronson’s signature mustache came from his role as Rodolfo Fierro in Villa Rides. He grew the ‘stache for the film and ended up liking it and kept it. It would become his trademark for the rest of his career.

Bronson began to specialize in action and thriller type of films, where his strong figure and menacing stare would make him a star. Violent City, Cold Sweat, Red Sun.

For those who only think of Bronson as the ‘Death Wish guy’, he had already had a long, diverse career before the U.S. came calling him to star in films. In 1973, he first worked with director Michael Winner on the western Chato’s Land. they would reteam for The Mechanic and The Stone Killer. Around this time Bronson also starred in Chino and Mr. Majestyk (one of my favorite Bronson films).

At age 52 Bronson, along with director Winner, would make Death Wish in 1974. The film was a controversial, huge hit. Bronson’s architect turned vigilante Paul Kersey would become his signature role, and one that he would return to four more times.

At this point Bronson was one of the world’s top box office stars. For the rest of the 1970s fans he would be a fixture on movie screens. Although, he did try a few different types of roles and films, most definitely his most popular was when he played in action oriented roles. Walter Hill’s Hard Times with Bronson playing a depression era street fighter is a real highlight.

By the 1980s Bronson was still commanding big salaries and began a relationship with The Cannon Group. With them he would make four Death Wish sequels, along with other action films, like 10 To Midnight, Assassination, Murphy’s Law and four sequels to Death Wish.

It’s this ‘Cannon Era’ of Bronson’s career that is most remembered by fans. The schlocky, violent heightened outrageousness of some of the films he made, particularly the Death Wish sequels, have become an old joke to poke fun at. But fans love them for exactly what they are and the classic Bronson persona in the middle of them. Heck, it’s hard not to have a good time while watching the absurdly outrageous Death Wish 3!

In his later years Bronson did some smaller dramatic work in television films like Yes, Virginia there is a Santa Claus and The Sea Wolf. He also had a supporting role in Sean Penn’s The Indian Runner. His ‘tough guy’ persona wasn’t something that was completely shaken as Bronson appeared in a trilogy of TV movies titled Family of Cops, where he played the family patriarch in blue. His final role be 1999’s Family of Cops III.

What I covered here is a very abridged account of Bronson’s career. It’s a very impressive longevity he had. Most of his early work in film and television has become a footnote to the powerful image of a middle-aged Bronson shooting criminals.

Bronson’s first film role was in 1951 and his last was 1999. He had an incredibly long acting career! Real movie stardom didn’t hit for him until he was in his late 40s early 50s and from there he maintained his tough guy leading man status until the end. One could argue the quality of some of his films, and he had even said he hoped to do more different types of roles, but he never shrunk away or was desperate for work.  And his fans were happy he was always there.

“We don’t make movies for critics, since they don’t pay to see them anyhow.” 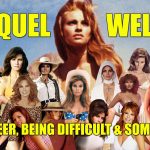 Raquel Welch – Her Career, Being Difficult & Some Gossip 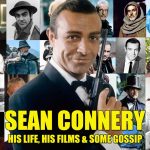 Sean Connery – His Life, His Films & Some Gossip 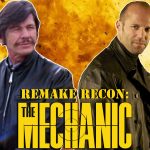