Awhile back, after one of the many snowstorms that hit the area, there was a small story that caught my attention. It was very simple. After every snowfall a local family gets together, ventures out to their front yard and makes a snowman creation.

Kind of fun sounding right? It sounds like a nice way to spend some quality family time, taking some time to enjoy the snow and an opportunity to exercise some creativity.

Unfortunately, this time they took it a little too far and instead of making just a regular three-stacked snowman, they made a bust of a naked woman! A Venus de Milo made of snow. This was definitely different than the usual rough-looking carrot nosed snowman you would normally see kids put together.

Not surprising, this caught people’s attention. Cars would stop in front of the house, People would take pictures and the family were getting some nice compliments about their work of art.

But then…. (cue the ominous music here) …. someone wasn’t too thrilled with it. You know there’s always a ‘someone’.

This ‘someone’ complained about this snow sculpture, contacted the local police and they were forced to investigate. Yes, the police were called in to respond about a snowman. By any chance was this a plot on CSI?

After careful scrutiny the sculpture was deemed too sexy for casual neighborhood viewing and the family were forced to cover it with some clothing. So the snow lady was given a bikini. Disaster was averted!

I know art is a subjective kind of thing. I’ve looked at some of the greatest pieces of art in history and had the letdown reaction of ‘eh’, but I never wanted them to be taken down. Just because I don’t get it and enjoy it, doesn’t mean I don’t want anyone else to. So this naked snow lady story struck me as a really odd one, mainly because it’s just a snow lady. Ok, yeah she’s naked and you can see her womanly shape, but is that really such a bad thing? Naked women have been used in art since….like forever so why is everyone so uptight about it? This debate between what’s art and what’s offensive has been going on for centuries and doesn’t seem like it will ever let up.

In my opinion this snow lady wasn’t offensive in anyway. She’s just on display like so many of those famous statues of naked folks in Greece. Maybe other people see it differently and I’m just more relaxed on this one. Now if she was pole dancing or giving a lap dance to Frosty, then maybe I could see how you might not want to have the kids walk past it coming home from school, but as it looks now I don’t have a problem with it. I wonder if anyone would have a problem with her if it were a Michelangelo creation.

After careful scrutiny the sculpture was deemed too sexy for casual neighborhood viewing and the family were forced to cover it with some clothing. So the snow lady was given a bikini. Disaster was averted!

Anyway, this was just a random story I read and thought it was pretty interesting. I thought their snow sculpture was pretty darn good. The one upside to all this was that apparently only one person had any major issue about her; everyone else seemed to be fine with it and once she was forced to cover up the majority opinion said they preferred her without the bikini. 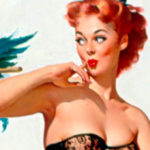 The 2012 Calendar Selection Has Been Made! 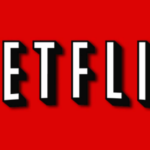 What’s Going On With Netflix Now…..?