He’s a movie stunt driver, who moonlights as a hired wheelman for robberies. Plus, he’s quite a taciturn fellow too! Sounds like a cool character.

Ryan Gossling gives a quiet, subdued performance as the ‘Driver’. His morals are confusing, but not to him. Whether he’s crashing a car for an action scene or out-maneuvering the cops with acouple of robbers in his backseat he sees no difference. He’s hired to drive, no matter what the circumstances are.

His life gets taken for a detour when he meets his lovely neighbor Irene (Carey Mulligan) and her young son. He develops a connection with them and suddenly he can find satisfaction in not just speeding down California streets, but quietly spending time with them.  Then Irene’s husband returns from prison and things get really complicated.

Director Nicolas Winding Refn crafts an engaging story with this mixed bag of characters, who all have their own histories that somehow brought them to this point in their lives and the drama that results from them coming together.

The inevitable driving sequences are not just exercises in speed, but are made more exciting because of the stakes for the characters involved. The Driver doesn’t just specialize in speed when he gets behind the wheel, but intelligence, patience and knowing the street landscape and how best to utilize it.

The cast is all very good, but it’s Gossling who shines the most. His Driver is a quiet character who is exciting to watch whether he’s flooring the gas pedal or sitting staring off in the distance with his wheels turning in his head. You just wonder what is he thinking.

I can imagine ‘The Driver’ becoming one of those beloved fan favorite characters. He seems ready-made for it with his ever-present sliver jacket. It’s no surprise to me how many film fans have already latched onto the film and Gossling’s no name driver. 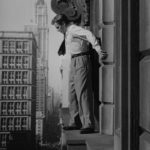 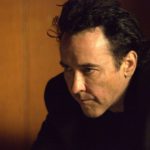