I knew I was in trouble with this movie when five minutes in I started playing solitaire on my phone.

Nicholas Cage is John Milton who has broken out of hell for the sole purpose of saving his still-alive baby granddaughter from being sacrificed by a wacked out cult leader (Billy Burke) in a Satanic ritual. Now roaming with the living again Milton happens to meet tough-as-nails waitress Piper who’s 1969 Dodge Charger becomes an ultra-cool vehicle for them to be tearing down the road in tracking down this cult.

However, you’re not just allowed to break out of hell. So literally hot on Milton’s tail is this powerful supernatural being known as The Accountant. He’s been sent by the devil himself to bring Milton back to the world of fire and brimstone. He’s kind of a demonic T-1000. The results are wild shoot-outs, car chases, over-the-top gory violence, vehicles crashing and exploding, some nudity, otherworldly powers being yielded, plus all off it is presented in 3D. Drive Angry is meant to be in the spirit of 70’s grindhouse exploitation flicks. Director Patrick Lussier doesn’t pretend his movie to be anything other than what it is. There’s no loftier goals in it and it sticks with it’s simple mission to deliver the expected exploitation goods to its fans.

This is the kind of movie where everytime Cage walks into a bar or diner and orders something, a hot-to-trot waitress immediately wants to have sex with him in the backroom. All of this stuff together sounds like it could be a kick to watch and make an entertaining junky Saturday night movie. However amazingly it never makes any of it fun and the movie becomes a dreary exercise in dull.

Cage might be the headliner here, but there is absolutely nothing special about his participation in this. He scowls, stares and either looks confused or comatose. This is meant to indicate his coolness I think, but he comes off as so incredibly blah I found him to be a non-entity here.

This is one of Cage’s ‘low key’ performances. He’s just a ‘clichéd movie tough guy’. It would have been nice if he had tried jazzing things up a bit. I was waiting for him to show off some of this anger that the title indicates. I never saw any of that.

The action consists of by-the-numbers shoot-outs and car chases. The most notable shoot-out is Cage while having sex with a blonde has a gunfight and kills a bunch of cult members in a hotel room. It’s meant to be a wild radical scene, but somehow it comes and goes without much impact. It probably doesn’t help that it plays like an inferior version of the same scene in Shoot ‘Em Up.

In fact for a movie with the title Drive Angry and some of the cool cars the characters get to drive there really aren’t that many car chases in it. And when they do happen they’re fairly routine.

This is all punctuated by the few high points in the movie which are the supporting actors. Amber Heard is spunky, vulgar, good looking and gets to throw some punches. She seems to be in more of the spirit of this flick than Cage and doesn’t hold back.

She gradually fades into the background as the movie nears it’s conclusion, but she has a few good moments including kicking her cheating boyfriends ass. The real scene stealer here is William Fichtner as the calm, no-nonsense Accountant. I first really took notice of Fichtner in the television show Prison Break. Since then when I’ve seen him appear in a movie, no matter how small a role he rarely disappoints.

Everytime he arrives on the scene in Drive Angry the movie picks up. He’s the most fun out of anyone to watch as he casually questions and threatens suspects, BS’s the cops and tosses off random lines to the living like, “I won’t see you again until you’re seventy-three.” I would have preferred if the whole movie was only about him tracking down a bunch of escapees from hell.

Overall Drive Angry is not good. I’m not sure if the 3D made this any more entertaining in theaters with limbs and axes zooming at the camera – somehow I doubt it. The seemingly basic silly story – guy escapes from hell, attempts to kill this evil cult leader and save his granddaughter, demon guy is trailing him, wild, grisly action commences – gets surprisingly humdrum and tedious. And Fichtner and Heard are not enough to make it worth sitting through.

Maybe if your an old grindhouse fan you could appreciate it more, but other than a few moments I kept drifting back to my solitaire game. 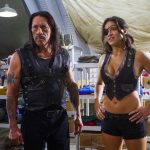 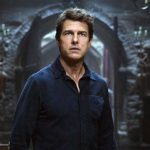