I was doing some cleaning over the past week. Just sort of a reorganizing of things, trying to get rid of some old clutter to make some more space for new clutter.

I’m a collector. Sometimes I wish I weren’t. I tend to hold onto things that just seem useless to everyone else, but I can find value and a rationale to keep some of the stuff that’s accumulating in closets and drawers. But I’m trying to part with some of it.

The one thing that I came across was a stack of greeting cards. I’m not a fan of greeting cards. Sure some of them have funny, pretty or inspiring things on them, but I still don’t like them. Most of the ones I’ve gotten have these set up lines on the front, then when you open it has a punchline. All of them are one liners that if you used them anywhere else, you wouldn’t get any laughs or chuckles. You would probably hear crickets as a response. The inspiring ones. I get conflicted about. Some of them are touching and well written, but I have to remind myself the person who gave it to me didn’t come up with it. They just strolled through the card shop and selected it. They just signed their name to the bottom of the card. It’s a nice sentiment though.

The best ones are the ones that someone actually took the time to write something of their own among the generic Hallmark wishes. It’s usually something simple, just reiterating warm wishes or making a reference to the holiday or event.

So I came across this stack of cards. I went through them, read them once and threw them out. It was actually easier than I thought. I rationalized that it’s not very likely I’ll be reading thru them again and I’ve hung onto to them longer than it was expected. I’m feeling very satisfied I’ve finally departed with these and can actually use that drawer for something that possibly might come in handy this millennium.

I remember an episode of Seinfeld that dealt with this issue. It’s a good question, how long are you expected to hold onto a greeting card? Maybe they should put an expiration date on the backs of these. That would be helpful. I’m putting the word out that I don’t want anymore greeting cards. I appreciate the sentiment, but I don’t want to have to come to a crossroads ten years from now and feel bad having to toss the things out again. 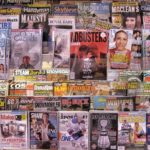 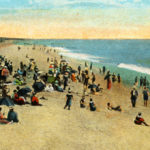