Ray (Colin Farrell) and Ken (Brendan Gleeson) are two hitmen from London. They’re instructed by their boss Harry (Ralph Fiennes) to lie low in the town of Bruges in Belgium until they hear back from him with further instructions.

Ken is the older, wiser veteran who has worked for Harry for a long time. Ken is the younger, inexperienced hitman who has just finished his first job for Harry. Unfortunately it didn’t go as smoothly as it was supposed to, hence this unexpected time spent in Bruges.

Written and directed by Martin McDonagh, In Bruges is a black comedy set in a very picturesque town. Our two main characters are as different as they can be.

Ken is the quieter, more reflective of the pair. Bruges begins to grow on him and he genuinely enjoys his time sightseeing, learning the history of the city, and appreciating the arts and the views. He falls in love with the fairy tale’ aspects of this medieval town.

Meanwhile, Ray is despondent over his botched hit and has no interest in his surroundings. He’s surly, rude to tourists and has to get dragged along like a difficult child. He’s filled with guilt and being stuck in Bruges just adds to his depression. He views this trip as the ultimate punishment.

Things perk up for Ray when he meets Chloe (Clemence Poesy) who is working as a production assistant on a movie – which is filming with a midget! Ray is smitten by Chloe and is intrigued by the diminutive actor Jimmy (Jordan Prentice). They both now have him more captivated than anything else in this city. However, he doesn’t have too much time to enjoy himself as Harry calls and reveals why he sent the pair to Bruges in the first place.

The relationship between Ray and Ken is what makes In Bruges so special. This could simply have become the cliche of the older hitman schooling the younger rookie in the ways of life, but it becomes much more special than that.

There is a relaxed back and forth bickering between the two and both the actors excel at delivering some very good scenes together. Not to mention the film is incredibly funny. The laughs don’t exactly come from the situation they’re placed in, but more from how these two characters are reacting to it and each other. It started to remind me of the dynamics and chemistry DeNiro and Grodin had in Midnight Run.

There’s an emotional core to the film as well. In Bruges doesn’t simply focus on this odd couple relationship, but also gives each character hefty decisions and motivations that run throughout the film and the sacrifices that each man must make in the unexpected situation they’re thrust in.

At points it’s a heartbreaking story. When things get violent, they really do get violent. In Bruges does get graphic when the situation intensifies.

It’s a very well made film. It looks gorgeous, the story and characters both suck me in – including the supporting characters they meet. The actors, especially Gleeson and Farrell are both very good. This is unquestionably my favorite performance by Farrell I’ve seen. Plus, Fiennes is hysterical and menacing as the guys boss. In Bruges should certainly have get more attention than apparently it does. 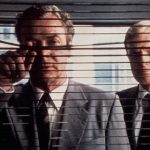 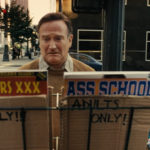 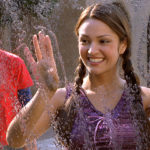