So director Peter Jackson officially announced today that The Hobbit, which was originally going to be a two-part adaptation, will now be expanded into three. Yes, The Hobbit will be a trilogy.

I’m sure this is great news to fans of Jackson’s Lord of the Rings trilogy. Getting even more of Jackson’s interpretation on the works of J.R.R. Tolkien’s will surely be greeted with welcoming arms.

So here’s how it lies now – The Hobbit: An Unexpected Journey will arrive in theaters December 14, 2012. The second film, The Hobbit: There and Back Again is set for December 13, 2013. And now the new announced third film is scheduled sometime in the summer of 2014.

While I wouldn’t classify myself as a huge Lord of the Rings fan and still don’t fully understand the mythology of Tolkien’s world, I do really like the films. I own the extended editions and have watched each several times. I remember when Lord of the Rings first came out in theaters I went to see it thinking it would simply be a good fantasy film, but I ended up enjoying it so much I was anxious for the second part and then the third.

They were great satisfying films to look forward during that three year span and I still think they hold up incredibly well. The Rings trilogy was a great antidote for the disappointment the Star Wars prequels unleashed on fans.

That was the one thing that I was always amazed by. The Lord of the Rings trilogy was a real gamble at the time. Suppose the first one bombed and no one liked it, the studio and Jackson were committed to two more films regardless. They were already filming them simultaneously, so whether the first was well-received or not, two more were coming. Now The Hobbit doesn’t seem like thatmuch of a gamble. In fact, I think it’s as sure fire a blockbuster film you could have without starring a superhero. I was curious to see what Jackson was going to do with The Hobbit and from the short teasers I’ve seen it again does look good. I’ve read the criticism about how the 48 frame rate Jackson is shooting The Hobbit in made it look….I don’t know I guess too realistic, but I haven’t seen any of that.

With the announcement of now “three Hobbit films”, the cynical side of me wonders if this is simply a ploy for more revenue by adding a third film. Will there be a lot of padding done or does Jackson truly want to share “the richness of the story of ‘The Hobbit‘, as well as some of the related material in the appendices of ‘The Lord of the Rings‘” and an additional film will really benefit that goal.

After seeing The Lord of the Rings extended editions (which I like more than the theatrical cuts), I would like to believe this simply wasn’t a monetary decision and in fact will improve the telling of Jackson’s story of The Hobbit. I sometimes think that Jackson becomes too in love with the stories he’s telling and likes to include as much as he can, whether they help the film or not ala King Kong. That was an ok film, but it didn’t need to be three hours!

So fans will be getting to spend even more time back on Middle-earth. I’m guessing most will love hearing this and it’s going to create even more excitement and anticipation for The Hobbit’s journey to begin. 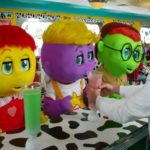 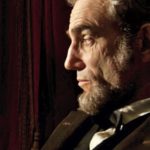