With Roman Polanski’s criminal case making headlines again not too long ago I went back and rewatched this comprehensive documentary detailing the events that resulted in the director fleeing to Paris in 1978.

With interviews, file footage, along with the accompaniment of clips of Polanski’s films, this documentary conveys the era of the 60’s when Polanski was making a name for himself in the film industry, with a beautiful wife on his arm and a future that looked full of promise. By 1977 it was all undone.

The news footage of the media covering the case is fascinating, especially with the perspective of today seeing every entertainment program devote countless hours to every Hollywood scandal they can get their hands on. It certainly shows their antics are nothing new. The supposed judicial misconduct is head shaking and the testimony is at times chilling.

Since Polanski’s arrest in Zurich in 2009, the DA recanted the interview he had given in the film. I don’t view the film as a condemnation of Polanski or a defense for him, others might feel differently. I simply view it as a well told presentation as to what happened and leaves you to draw your own conclusions. 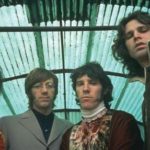 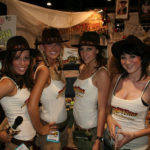 Indyfans and the Quest For Fortune and Glory (2008) – A Review