It is now official – Skyfall director Sam Mendes is returning to the land of 007 to direct the next James Bond film due out in the fall of 2015.

Mendes’ return to direct Bond again was rumored earlier in the year, then it was reported it wouldn’t happen and now finally it seems he’s definitely onboard.

It’s not really surprising that producers Barbara Broccoli and Michael G. Wilson were keen to get Mendes back. Skyfall was a hit critically and commercially. It made some very decent coin becoming the franchise’s highest-grossing film ever. I’m pretty sure that having that title means they adjusted for the inflation of ticket prices and Skyfall did indeed top the former top Bond money-maker film Thunderball. Even if it didn’t, Skyfall did make a $1 billion worldwide. That’s pretty good even if it didn’t break a record!

Plus, the film managed to actually score some Oscars. That was something that hadn’t happened to a Bond film for nearly fifty years – not since Thunderball actually. Mendes has to be given some credit for the films success.

Mendes has spending his time working in the theater and supposedly Babs and Michael decided to accommodate his schedule. He released a statement saying, “I very much look forward to picking up the reins again.” No surprise Daniel Craig will be back as James Bond and I’m guessing some other characters we met in Skyfall will return – the new M, Moneypenny, Q. There’s no indication whether Bond 24 will be a direct sequel to Skyfall, but somehow I kind of doubt it will be.

Skyfall screenwriter John Logan is coming back, but there’s no word yet whether Neal Purvis and Robert Wade are returning. I figured those two guys are a given since they’ve been around since The World Is Not Enough.

There are rumors that Sebastian Faulk’s Bond novel ‘Devil May Care’ might possibly be used as the basis for the screenplay. This is a rumor that has been picked up by several news sites. I am extremely skeptical about this and am not going to believe it until I hear something official, but I’m just passing it along.

Devil May Care was released in 2008 to coincide with Ian Fleming’s 100th birthday. It tells the story of 007 being forced to battle an evil chemist who attempts to bring Britain to its knees.

Like I said – I’m not putting much credibility into this rumor. We’re going to be hearing a lot of gossip regarding the next Bond film until it arrives. The plot, the casting, the music, are all going to have their share of misinformation and guesswork attached to it. I’m sure the filmmakers are going to try to play coy with the rampant rumors and try to hold onto any information and surprises as long as they can.

One particularly nice thing to hear is Bond 24’s release date – only two years from now. I know looking at a calendar that seems a long time away, but given the last four year gap between Quantum of Solace and Skyfall it’s soothing to hear we’re only expected to wait two years for Bond to return. Let’s hope nothing happens to complicate that. The Bond films always seem to run into problems.

This just occurred to me – Mendes returning to work with Craig as Bond will mark the first time a director and Bond actor did a second Bond film together since 1989s License To Kill when director John Glen and Timothy Dalton both returned after The Living Daylights. Maybe that’s a moot observation…..

Anyway, is Mendes returning a good thing? Are there higher expectations for Bond 24 now and can it possibly top or even equal Skyfall‘s success? Is it time for Craig’s Bond to have a traditional buxom Bond girl with a funny name? And will they finally start the film with the gun barrel already??? 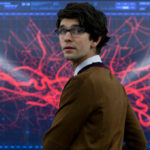