The question ‘Should Indiana Jones be recast?’ is somewhat moot. We shouldn’t be asking ‘if the character should be recast’, it’s more like ‘when and who’ will be the new Indiana Jones.

Oh, I have no doubt we’ll be getting a new Indiana Jones. It’s just a matter of time. Probably as soon as possible if Disney has their way.

All us movie fans knew the big acquisition by Walt Disney Studios of Lucasfilm would lead to big things. Disney didn’t hesitate to fastrack a new Star Wars movie, along with plans of sequels, spinoffs, and television shows. Not to mention extravagant theme park rides. I’m sure toys will be a part of all that. Maybe they’ll even do acouple of t-shirts.

Along with Star Wars, Indiana Jones moved over to Disney too. According to an article in Variety from back in December 2013 ‘Paramount will continue to be responsible for distribution of the first four films in the franchise and will receive a financial participation on any future films that are produced and released.’

So Disney is not going to just settle with selling some Indiana Jones action figures at their theme parks. Unless they can magically put Harrison Ford through some de-aging machine there’s going to be a new Indiana Jones eventually. Chris Pratt is the latest Indy rumored candidate they want to wear the fedora. Bradley Cooper and some goofy rumor of Robert Pattison was awhile back. That one fans were relieved when it was confirmed as being untrue.

So, will Pratt be the new Indiana Jones? No idea. And quite frankly I’m sick of reading rumors and speculation into the hype-building machine of this. I know a casting announcement will happen and I can’t imagine that anyone they choose will make me say, ‘that’s a pretty good choice‘.

I have Ford so burned into my mind as Dr. Jones that no matter who they cast will be in his shadow and I highly doubt they’ll manage to make the role their own. Yep, I’m being cynical.

So I don’t care. Just get on with it. Forget trying to build up excitement or dishing out rumors or press releases, just cast whoever you want, start shooting the movie, release the trailer with the Raiders Theme to get us all nostalgic, show glimpses of the hat, the whip, build to a big dramatic reveal of the actor. Whatever. Just do it and get it over with and spare me all the hype. I’m not going to fall for it anyway.

Heaven forbid they create a new cinematic hero that we never saw before. Nah, too hard.

They announced the cast of Ghostbusters reboot. Whoopee Doo. They’re remaking The Blob with modern CGI so they “can fully realize the potential of The Blob”. You know like the Blob oozing through doors. They’re going to try to make that look more convincing I guess. It’s a tired criticism I know, but hearing all these movies and projects being remade really makes me shake my head. Stuff from years ago are constantly being repackaged and reintroduced – and for the most part no better than it was done the first time. Does anyone say no to a sequel, prequel or reboot? Does that even cross anyone’s mind at any point?

I find it ironic a lot of these franchises, reboots and remakes they continue to make today are most of the time based on projects that the studios weren’t too keen on making in the first place. There was a lot of skepticism about them, but somehow they managed to get made and succeeded.

Now it seems no one wants to risk anything, take a chance on some crazy sounding movie idea and just feel it’s a safer bet to greenlight the seventh film in a franchise or an uninspired remake just because the name is recognizable.

It really makes me wonder what new films being made today will be remade or rebooted twenty, thirty years from now? What are the candidates? What are the brand new titles being created today that will endure throughout film history and be remembered by audiences? It doesn’t seem like many. I can see them trying to remake Taken twenty years from now, doing a bunch of sucky sequels and driving that franchise into the ground – staying true to the original series in that regard. 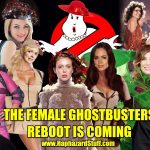 The Ghostbusters Reboot Is Coming 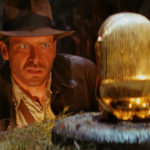