The latest thing to ignite buzz in the hearts of fans and the internet was the release of the first teaser for Star Wars: The Force Awakens.

I don’t think anyone should be surprised since its debut it has amasssed millions upon million of views and has garnered colorful reactions, speculation, analysis and drooling over a-soon-to-be-seen new Star Wars movie.

If you want to call an entire year ‘soon’.

So since everyone else seems to be finding a lot to say about this one minute tease, that has successfully helped generate excitement and buzz for the movie, which is what it was designed to do, I figure I’ll give my quick reaction to it after seeing it.

That was about it.

It’s really not much of reaction is it. It was funny I watched it once, shrugged my shoulders and someone else happened to be walking by me. I asked them if they wanted to see the new Star Wars teaser, they replied yeah, I watched it again with him, it ended, he asked, “Is that it?”. I replied yes. And he just walked away.

I wish I had a more captivating story to share about this.

Nothing really particular stood out to me. Yeah, I recognized X-Wings and the Millennium Falcon, but I wasn’t blown away by seeing them. They looked ok I guess. But today they can do anything with CGI effects so the images of them flying around didn’t exactly dazzle me.

Same with this bad guy’s red lightsaber. I know the cliché is fanboys wanting their lightsaber fights, but to me again it was just “uh huh”. I’ve seen so many fanmade videos of people wielding their own computer enhanced lightsabers seeing another one – even in an official Star Wars movie – doesn’t do much for me. “Oh….he’s got a lightsaber”.

Shouldn’t we have expected to see a lightsaber in the movie? They can try to update it, but to me it’s still just a plain old lightsaber.

I think I’m more curious to see how Harrison Ford, Mark Hamill and Carrie Fisher will look in the movie. If they had thrown in a shot of them then my ears would have perked up a bit. I’m more anxious to see their appearance over CGI effects of the ships. But they must know everyone is anticipating the trio’s reveal so they’re probably holding that back until another trailer.

So yeah, this isn’t much of a reaction. We’re given no clue to any kind of story or the characters, but we do know there will be spaceships and lightsabers in it. It’s not much for me to go on or get me as excited as it has for so many other fans. You’ll have to go elsewhere to find a more passionate response for this teaser.

Maybe the next trailer will get me a bit more enthusiastic. 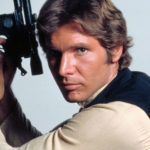 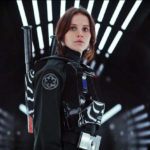