Schools let out, vacations are prepared for and movie screens are filling up with big-budget excitement and comedy in the hopes they will lure assess into the seats.

I think this June is looking somewhat pretty dry for moviegoers. There really doesn’t seem to be a lot of choices. Sure there’s a big, heavily-promoted release coming every weekend, but I’m thinking not many of them will have a very long shelf life. They’ll enjoy their moment in the sun for the weekend and subsequently get bumped for the next new thing the following weekend. It’s the summer movie version of musical chairs.

Of course there’s always the potential for sleeper hits that will manage to be tenacious enough to keep drawing smaller steady crowds while the new big releases fight each other for the top spots. It looks like there are a few June releases that have the potential for that, but ‘sleeper hits’ seem like they happen much less than they used to.

If I had to place an easy bet I’d say an updated version of an old dinosaur franchise will draw the biggest crowds. There seems to be anticipation for it and it’s their first chance for younger moviegoers to see dino action on the big-screen. I’m still somewhat surprised by the excitement it’s getting since I thought that franchise died over a decade ago. But one thing about franchises today they never truly die, they just remain dormant for awhile. Vince, E, Drama, Turtle and Ari are back living the Hollywood life in a continuation of HBO’s comedy show. Ari is now working as a studio head and bankrolling a $100 million movie that will be Vince’s directorial debut. Of course problems arise, cameos appear and jokes are made.

I was never the biggest Entourage fan. I watched it for a short spurt at one point during its run and enjoyed it, but never kept up with subsequent seasons and what became of the guys. I didn’t even know the show ended until a few years after it actually did!

I suppose hardcore fans will enjoy this, be excited to see this cast of characters again and it will have some amusing quotes that they’ll carry away from the theater. It probably won’t be the same size hit that that Sex in the City movie was. I wouldn’t be opposed to seeing it and wouldn’t rule out ever watching it, but unless it’s the only option on a lazy day I’d say it’s unlikely I’ll ever see it. Just think back at how many spy spoofs we’ve had and how many different actors have taken a crack at it to mine comedy out of the premise. Here’s the latest one.

Director Paul Feig and Melissa McCarthy reteam in a story revolving around McCarthy’s CIA analyst who gets recruited for some real dangerous spy work when agent Jude Law goes missing. She goes undercover to help out badass secret agent Jason Statham and hopefully save the world.

Really the plot synopsis is inconsequential. Let’s just say Melissa McCarthy is going to be a spy and the image that you’re conjuring up in your head is probably pretty accurate.

Getting back to the whole genre of spy spoof comedies, it’s pretty staggering the amount we’ve seen since the spy craze of the 1960’s. One would think there isn’t a lot of fresh, original comedy that could be found with the idea of the unqualified, incompetent spy getting in over their head, but in the end managing to save the day.

The trailer doesn’t seem to show anything that we haven’t seen many times over already. So it will come down to the execution of it, the jokes, a pretty impressive cast and McCarthy to make good on the comedy.

McCarthy’s fans could make it a modest hit, but for me it doesn’t look any better than dozens of spy comedies that we’ve experienced like Johnny English, Spies Like Us, The Tuxedo, Real Men, Fathom, If Looks Can Kill, My Favorite Spy, The Man Who Knew Too Little…. It’s been twenty-two years since John Hammond’s dino nightmare happened. But not letting a little thing like people getting eaten by dinosaurs get in the way of a great business idea, Jurassic World has been operating for ten years. However, for some reason recently attendance has been on the decline.

I guess seeing real live dinosaurs has become rather humdrum for people. Disney World has never had this problem and all they have are some little rides and costumed characters walking around. Jurassic World’s marketing department must be complete idiots. Hand out some flyers or something!

So park owner Bryce Dallas Howard has an idea to get attendance back up with introducing some new hybrid dinosaurs! Great idea. Unfortunately, no one seems to remember that history tends to repeat itself (especially in franchise movies) and the dinos get loose and start dining on visitors, which happens to be the same day her two nephews are visiting the park.

It’s going to be up to Chris Pratt and his army of velociraptors to maintain order and get all the wild dinosaurs back in their cages – or wherever they keep them. When I heard that they were doing another Jurassic Park sequel I was a bit surprised. After the 1993 megahit Jurassic Park we of course got sequels and while not as good as the first they still made a lot of money. I figured they would just keep churning out more dino movies, but for some reason after 2001’s Jurassic Park III the series stopped.

I guess fourteen years has been long enough to resurrect the Jurassic dinosaurs and attract a whole new audience who weren’t around to experience the big-screen excitement the original gave audiences.

This is another one of those movies that are ignoring some of the sequels in the series, pretending they don’t exist and sticking with the one everyone likes to follow-up on. We’ve gotten this ‘selective sequel-izing’ to franchises now. I wonder how folks who like the Jurassic sequels even more than the original feel when they find out this movie is just skipping over those two. If it was me I’d be a bit upset.

From how it looks they’re essentially redoing the original story, but only calling it ‘World’ instead of ‘Park’. Really, it looks like the same exact thing only this time there’s no cutting edge special effects that audiences hadn’t seen before and it’s not directed by Steven Spielberg. Now it’s CGI that audiences have become immune to and the director is Colin Trevorrow.

If I hadn’t read the plot synopsis I would have easily thought this was just a straight out remake of the original film. It really does look like essentially the same movie.

Maybe they’re calling it a ‘homage’, but that’s the nice way of saying they’re copying the original and don’t have much new stuff to offer, besides ‘hybrid dinosaurs’.  I think that alone is supposed to make it feel new to movie goers – much the same way the park in the movie is using that gimmick to boost interest and attendance.

It sounds like people are rather excited to see the same dinosaur story told again. Plus, the movie has Pratt coming right off the heels of his Guardians of the Galaxy success in this. It should do very well. Who knows, maybe it might have some fun dinosaur chase scenes. Besides there’s not much else to see this month so Jurassic World should lure audiences in and get the most attention this month. Young Riley is adjusting from a new move to San Francisco and she needs a lot of help from her emotions that reside inside her head. You see everyone has their own personal ones – Joy, Fear, Anger, Disgust and Sadness. But problems erupt when Joy and Sadness get lost deep within the mind of Riley. Now they must find their way back to the headquarters in her head and get Riley to adjust to her new life.

This is sorta like the Pixar version of The Cell. It looks awful cutesy – a bit too cutesy for my taste. Pixar has a pretty good track record and kids will probably like it. Therapists might have some issues with the portrayal of emotional turmoil and how it’s portrayed. Dr. Phil may have to remind kids that just because they’re feeling sad doesn’t mean that Sadness is working the controls in headquarters while Joy is off on a coffee break. A military dog by the name of Max returns from service in Afghanistan after his owner and fellow soldier is killed in combat. He gets adopted by his owner’s family, but Max not only has trouble adjusting to his new home, but is also traumatized by his war experiences. Hopefully teen Justin can help him out and Max can teach him a few things too.

Animal lovers and pet owners should be won over by the story of a dog suffering from PTSD. It’s kind of hard not to be affected seeing a scared dog reacting to loud fireworks and knowing what he has gone through on the battlefield. That scene in the trailer reminded me of a similar scene in Born on the Fourth of July, you know when Cruise flinches everytime a firecracker goes off.

The movie itself looks pretty predictable and doesn’t look like it will have many surprises in the story. It has the earmarks of doing the expected scenes to tug at audience’s heartstrings and get a reaction from them. Plus, the trailer itself looks to simply be a cliffs notes version of the entire movie.

If it’s any good it could get some word of mouth and draw a steady audience. It looks fine and audiences could respond to it given the chance, but it might be tough since most of the kids will probably want to see that Pixar movie and dinosaurs though. Seth MacFarlane’s cute and cuddly teddy bear hero is back and ready to be just as vulgar and provide pot-smoking humor for summer audiences once again.

Apparently Ted marries his human girlfriend and needs Mark Wahlberg to provide his sperm so they can have a baby. Try to guess what kind of jokes that premise is going to yield.

With the return of Sam J. Jones as himself, plus a cadre of celebrity cameos including Morgan Freeman, Tom Brady, Liam Neeson and David Hasselhoff, Ted 2 hopes to become another summer hit like its predecessor.

I don’t know. Isn’t Neeson cameo-ing in that Entourage movie this same month? And Hasselhoff??? Oh boy. When will it end trying to get laughs from using that guy in a movie? I thought when I saw him pop up in a Piranha 3DD it was already beyond old! Do audiences still get a kick out of star cameos in movies anymore?

I really wasn’t that big of a fan of the original Ted. I liked the first half, there were a few laughs but then the movie started to lose steam and when it ended I just never thought about it again. I was in the minority and it seemed to have something audiences really enjoyed.

I imagine this sequel will provide the same lowbrow laughs wrapped in a sweet story of friendship. It doesn’t seem like anyone is sick of the Ted character yet, so I would think it should pull in its fans once again. 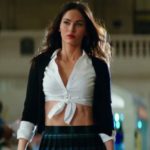 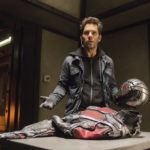 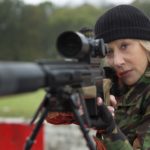