In 1968 producer Dino DeLaurentis set his sights on adapting the popular Italian comic book criminal Diabolik to the big screen.

With renowned screenwriter/cinematographer/director Mario Bava at the helm Danger Diabolik attempts to present a laundry list of cool images, ideas and a far out tone that embrace the 1960’s Italian style in which it was made.

The ultra sexy Marissa Mell plays the loyal and gorgeous Eva Kant and John Phillip Law slips on the skin tight costume of Diablolik who wrecks havoc for any authority and is willing to take any risk to steal anything that’s not nailed down.

With a very small budget, a ton of creativity, a supporting cast consisting of Michael Piccoli, Terry Thomas and Adolfo Celi, along with a score by the great Ennio Morricone, can a film that was roasted by Mystery Science Theater 3000 actually be any good? 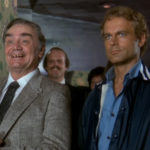 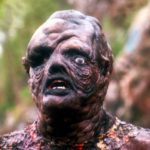