There are three movie genres that fans are unwaveringly loyal and devoted to probably more than any of the others – Sci-Fi, Comic Book and Horror fans.

Makes sense right? I don’t think I’ve ever heard of a Romantic-Comedy Convention.

These fans are very passionate about their films and will become very vocal about them when they’re not done right and end up being a disappointment. At the moment horror fans are taking to the blogosphere, the web and probably street corners declaring their strong outrage with the newest entry in the horror genre.

That’s my setup to Texas Chainsaw 3D’s scorching word of mouth it’s gotten since being released on January 4th.

Since opening critics and fans have given Texas Chainsaw 3D  a violent thrashing calling it “a bummer”, “generic”, “inane” and “a putrid waste of time”.

I love reading these kind of scathing reviews!

To me all of these Texas sequels or reboots or remakes…Yeah that’s one thing I never could keep straight – what’s the relation are all these Chainsaw flicks were supposed to have to the original??? I think there are editions that are indeed direct sequels, but then later new sequels came along where you were supposed to skip over those. Then there was a remake of the original – I think. Then a prequel, not to the remake, but to the original again. Now we’re back to having another sequel.

It’s all so confusing. It’s a good thing they didn’t try to number these flicks as they went along.

Anyway, I never thought that The Texas Chainsaw Massacre was much of a franchise – no matter how hard filmmakers tried to make it one. I didn’t think Leatherface was as compelling or as fun a movie monster as Freddy Krueger, Michael Myers or heck even Jason! At least I can accept new teens going to Crystal Lake every summer and getting hacked up by him.

For me Leatherface was good in his one movie and that was it. But of course with such a popular title why not keep him coming back in further movies. I’m not sure that’s been much of a success.

Chainsaw’s latest cinematic outing looks to be as blatant a cash-grab as all his recent outings. Well, maybe even more. Just the name of it – Texas Chainsaw 3D reeks of a cynical attempt to cash in off the 3D bandwagon. From the trailers the film looks like it’s filled with all the horror-heavy cliches that moviefans have been mocking since the late 80’s.

A cast filled with young, attractive actors who consistently make mindnumblingly stupid decisions for the sole reason of getting themselves gruesomely killed. It’s a film that tries to get by on the good graces of its familiar title and by no means offers anything new or original or entertaining to the fans who line up to see it. And on top of that, the film charges them an added cost for the novelty of seeing it all in 3D, which will give them nothing except a lighter wallet.

Like I said I haven’t seen this movie (nor do I ever plan to), but that’s what my first impression from the trailer was.

Despite my complete lack of interest in this continuation of the Chainsaw saga the one thing I have enjoyed are the colorful rants by fans criticizing the quality of the final product. Maybe ‘criticize’ is not strong enough a word. I mean, some people have already stated it will probably be the worst movie of 2013. It was only out four days into the new year!

This is the same reason why a small part of me looks forward to the release of the latest Adam Sandler film. Some fans appear to put more energy and intelligence in their rants/reviews of some movies than the actual filmmakers did in their productions. The best of these rants are aimed at films that seem to have nary any redeeming qualities and only offered up to the attending audience a big old bowl of frustration and boredom. This is what seems the consensus is that Texas Chainsaw 3D has done.

I sympathize for fans who have gotten burned, I’ve been there. However, I can’t help but enjoy their diatribes of hate and anger at these flicks.

Before Texas Chainsaw 3D got released I was reading an article about how the producer wanted to correct the direction the ‘franchise’ was going in, remedy the mistakes that were made with it, make a new series of films and have it become as popular as the Saw films. These optimistic goals are especially funny to read after the reception the film has gotten.

However the joke might be on horror fans. Despite Texas Chainsaw 3D getting an overwhelmingly negative response, it has made money. It sort of looks like it did that ‘hit fast and take the money before word spreads’ that so many horror films do its first weekend of release. So it looks likely that we’ll see Texas Chainsaw 3D 2.

Or at least horror fans might see it, I certainly won’t. But I will enjoy hearing they’re reactions if the film turns out to be yet another dud. 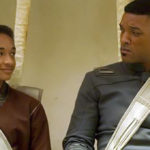 The Loud Negative Reaction To After Earth 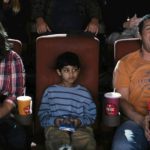 Adam Sandler’s Jack And Jill Gets a Loud Reaction