Harold Ramis, the actor/writer/director behind some of the most popular comedy films of all-time died Monday at age 69. He was a member of that generation of comedians who had gained attention from Saturday Night Live, SCTV and National Lampoon.

Ramis had joined Chicago’s Second City comedy troupe in 1969, which would lead him to writing on SCTV and then eventually working in movies. An impressive laundry list of comedies commenced, with some that continue to be beloved favorites and regarded as benchmarks of great comedy films.

Naturally after a person’s death people take a moment to reflect. Comedy and movie fans are sure to pause and think back on Ramis and all the projects he was a part of it. And when you look at it – he really was part of some of the biggest comedies in the last forty years. He might not have been the headline star and casual moviegoers might not have realized his hand in them, but he played a part in them.

Most movie fans will forever know him as his role as Egon Spengler in Ghostbusters (1984) and its 1989 sequel. Along with being Bill Murray’s pal in Stripes (1981). I always thought he made out better between the two of them getting to hook up onscreen with Sean Young by the way. These were his most high profile acting roles, especially in Ghostbusters, so it’s not surprising his strong association he has with those movies. In fact I’ve already read fans have begun a makeshift tribute outside the firehouse that played the Ghostbusters headquarters in New York. Fans have been leaving flowers, candles and yes even twinkie’s in his honor. I thought that was pretty cool.

He played the straight man to Murray, but he himself was genuinely funny as the stiff, geeky scientist and didn’t try to compete with Murray and the special effects and did his own deadpan, subtle thing. The sequel I’m not crazy about, but the original will stand the test of time.

The one good thing that could come from Ramis’ death is finally putting an end to the talk of Ghostbusters 3. I wish fans could just let that go.

The final time Ramis and Murray worked together was on Groundhog Day in 1993 with Ramis having a hand in the writing of it and directing. The result was one great movie that some consider a perfect comedy. Ever since it came out every February one will hear references to it. It’s now got a stranglehold on that holiday and has come to represent that weird day whern ‘a thousand people freezing their butts off are waiting to worship a rat’. There are tons of choices for movies to watch about Christmas, but there’s only one for Groundhog Day.

By the way fans of Ghostbusters and Groundhog Day should do themselves a favor and listen to Ramis’ dvd commentary on the films. I’ve always enjoyed a good DVD commentary and Ramis delivered some informative ones, especially on Groundhog Day. Sitting alone he discusses a lot of behind-the-scenes insights into the writing, filming and technical aspects to the film. It’s well worth listening to for fans and will help you appreciate the movie even more. The one thing you won’t hear on the commentary is the problems he and Murray had towards each other. I always felt bad that during filming Murray and Ramis apparently had a falling out disagreeing with the direction of the film – or at least that’s what I read. They never worked together again. I’m not sure if they ever patched things up. I would like to think they did.

While his acting roles seemed to be relegated to supporting or walk-on parts, he was much more prolific writing and directing. Along with helping write Ghostbusters, Stripes and Groundhog Day, Ramis also was a part of Meatballs, Animal House, Back to School, Club Paradise, Armed and Dangerous and Year One. On top of directing Caddyshack, National Lampoon’s Vacation, Club Paradise, Groundhog Day, Multiplicity and Analyze This.

His film work wasn’t always great, but there’s quite a few that were. I won’t say anymore and let comedy fans decide. The last time I had heard of anything Ramis had done was directing a few episodes of The Office. I recall his name jumping out at me when watching the opening credits. I have not seen Year One his last film he directed. It was a movie that never looked appealing to me and I quickly forgot about it.

I’m sure there will be plenty of articles and retrospectives looking back on Ramis’ career. Tributes that will go into much more detail with his work in the world of comedy and personal memories by those who worked with him. I think generally his collaborations with Bill Murray will be the thing that general audiences will most remember him for. And that alone is not a bad legacy to have. 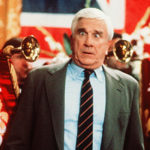 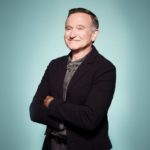 The Death of Robin Williams 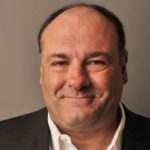