In the future newborns can be given a memory implant at birth. This will allow their experiences throughout their entire life to be recorded and collected. Their life memories from their point of view are neatly saved and can be viewed, which is what happens when they die.

All this memory data is collected and given to a ‘cutter’. The task of these cutters is to pare down all these life memories and edit them into a respectable memorial reel that will celebrate the individuals life. This ‘rememory’ is played for their love ones to watch and becomes the official record of their life.

No longer can you just view old photos of the deceased, but you can literally watch their lives unfold on a screen. It’s a futuristic highlight reel.

Of course, not all memories that people experience in their lives are shiny and innocent. The cutter literally edits out any of the more detestable experiences and behavior out of the persons life memorial, destroys them and presents the idealistic presentation of the person to be remembered by. Cutters have a strict code of rules they work by – they can’t mix footage from multiple implants, they can’t sell someone’s memories and they can’t possess a memory implant themselves.

The best cutter in the business Alan Hakman (Robin Williams) will have his meticulous, respected work ethic be challenged when he happens upon a memory in a high-profile businessman, who worked at the tech company who manufactures this memory device.

Alan will find himself wrestling with the pain his cutter work can cause, his moral obligation to show the truth and discovering a memory within this implant that has a more personal connection to his own past.

The premise for The Final Cut had always intrigued me. The idea of entire lives being recorded and then edited is both a unique idea and one that can opens up a lot of moral questions. Is it wrong for others to be recorded unknowingly by another memory implant? Should a parent have the right to decide their newborn will be camcorder for the rest of their life? Should private moments remain private and not be downloaded for potentially others to see? Would you behave differently if you knew your life is being recorded? Who decides what parts of a life should be deleted forever when they die?

There’s some very interesting questions milling about in The Final Cut. The reputation the film has had hasn’t been a very positive one. It didn’t get a lot of exposure or attention when it came out in 2004 and has since has become something of a forgotten film. When Williams died in 2014, it barely got a mention when looking back on Williams work. It’s too bad, because The Final Cut is a pretty compelling, interesting film. Writer/director Omar Naim, creates a surreal world where there this memory implant is viewed very matter of factly by some. The click of cutters that Alan is a part of gather around and talk shop of things they’ve seen from these implants – and a lot of it is something you’d share over a cup of coffee.

Of course, there’s another view of memory implants and cutters. There are protesters who are against this memory technology. Privacy issues and the power cutters have in making sinners into saints after their deaths, it’s an immoral line that has been crossed.

But Alan isn’t much bothered by the indecency some argue about his profession. He’s able to keep himself emotionally detached from this work and the memories that are unreeling in front of him. He has no issues doing some snips and cuts and presenting the client in the best possible light. He sits alone at his console and doesn’t interact with really anyone. The only person he is close to is his on and off again girlfriend Delila (Mira Sorvino).

Alan’s cool, removed world gets shaken when he’s given the job of a businessman who worked at the implant manufacturer. He’s ready to do his routine job of cutting away the bad, keeping the good and presenting a honorable re-memory for his family.

That is until, a past cutter (Jim Caviezel) pays him a visit. Caviezel is now fighting against this memory tech and has suspicions that Alan’s newest batch of memories he’s working on contains some primo blackmail material against the company. The memory could be leaked to the press, create a scandal and shut down this memory company once and for all. Of course, Alan can’t just hand any memories over. Despite discovering quite a nefarious memory, Alan also uncovers one that connects with his own past and has haunted him since childhood. Inevitably, all those paramount rules that Alan and all cutters live by will be challenged.

This all might sound pretty out there and confusing, but Naim establishes this world pretty quickly. We get a clear understanding of what this tech is and what it does, thanks to futuristic commercials promoting the implant. Even in the future we’re doomed to sit through advertisements.

Once we’re acquainted with the rules and the stakes, the story unfolds in a way that is clear and gradually builds with more drama, more secrets being revealed and tough choices being forced upon Alan – which I won’t say anymore about.

This is one of Williams’ more darker, serious performances. He’s very effective in a cold detached performance. It’s a shame it hasn’t gotten more attention. It’s a very interesting film, along with having a standout ending. The Final Cut may not completely live up to the fascinating premise it starts with. There are ideas that are so rich in here, the film could have gone into deeper exploration of many facets of it. It’s not a big, elaborate sci-fi film, but a smaller scale, intimate story. Some might find it a bit too strange for their taste, but I still think it is much better and more compelling movie than its reputation has it pegged as. And for some who haven’t seen it, I think they’ll be pleasantly surprised.

I certainly think it’s worthwhile to see. I consider it an underrated gem. 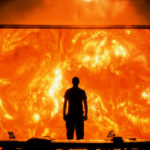 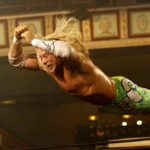