It’s the story we’ve been reading about it for over a month now, and most likely it will be the hot topic for much longer. I’ve been trying to keep up to date with the latest news on it. It’s obviously a terrible story and will become an event that will be talked about for years. Possibly generations from now it will still be looked at as such a significant event that it’s huge scale will eclipse environmental disasters that will come after it.

I still find it difficult to wrap my head around the fact how this oil well is still releasing oil into the Gulf Coast. Then it boggles my mind that they’re looking at finally putting a stop to it sometime in August. August…..I just can’t comprehend this. I would have thought with all the money and technology that BP has they could maybe speed things up and find a solution to this.

Besides BP ruining the ocean and extinguishing the livelihood of residents, their apparent nutty behavior gets me even angrier and apparently other people as well.

For instance, I would think at this point in time BP is clearly aware that pretty much the whole world is not thinking too kindly of them. The might want to not rock the boat anymore and try to gather up some goodwill or at least give the impression they’re doing everything within their power to put an end to this whole thing. So I was shocked to hear that their CEO Tony Hayward was partaking in a yacht race.

Is this guy crazy or just stupid? Who is his PR person??? Did he really think that was a good idea? If he asked for my advice it would be – “listen, you might want to skip the yacht race this year and maybe go to the office. Or if you really have some free time to kill, why don’t you suit up and help collect tar balls off the beach. That might be a bit more helpful with the situation and give the right impression we want people to have than you going out sailing around”. Even if the guy hasn’t had a day off since this began I still find it nuts. The biggest environmental disaster in American history that has been caused by your company seems to be something that wouldn’t allow you much free time.

Another thing that confuses me are these people who are trying to manufacture powders and solutions to break up the oil from the water. Some apparently work better than others and the inventors have contacted BP to offer their help and not many have heard back from them.

Now again my advice – call back every inventor, tell them they’re hired, ask what do they need and get them to a boat. Even if they’re complete crackpots with some questionable promises, hire them! Put every person on the payroll who has some kind of scheme to start cleaning this up. What can it hurt? They can’t make things any worse right? Just having these people sit around and not utilizing them seems like a big mistake to me. I don’t swell with confidence when I see the same footage of a handful of people with little shovels scooping up oil off the beaches.

There are going to be more stories to come out of this. I’m predicting after the flack the CEO is going to get now, there won’t be anymore involving yacht races. 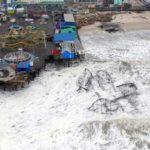 Super Storm Sandy & The Fall Out 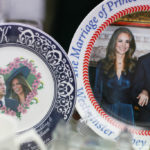