Angus MacGyver is back and this time he’s in one shoddy, bland procedural drama that you could easily mistake for half the shows that CBS airs.

I finally got around to watching the pilot episode for the new MacGyver and thought it was really, really lousy. It reminded me why I don’t bother watching network television anymore and how incredibly dull and uninteresting their shows have become. At least to me. I’m sure their are plenty of their shows that attract fans, but man do they all look so generic and interchangeable to me.

Probably the best place to watch any ‘television’ shows is on cable or through streaming services. That’s where I hear much more excitement by audiences lies and where most of the television awards go to. If you want safe, banal, uninteresting programming – go to the networks.

Some brief background with me and MacGyver – I watched the original series back in the day and always liked it. Richard Dean Anderson was always cool as Mac, the show was fun and his MacGyver-ism tricks that would come up in each episode were a real hoot. He was a very likable, unique hero. To this day I still keep my Swiss Army knife handy because of MacGyver. Not that I would know anything to do with it other than use the tweezers to extract the occasional splinter. I had very low expectations for this ‘reboot’. Especially when I heard they actually reshot the pilot a second time with director James Wan taking a shot at it. I knew what I was getting into. And yep, it was really bad.

It doesn’t resemble the original show in any way or Anderson’s MacGyver. This is a standard looking drama with an arrogant, attractive, flat lead star surrounded by poorly written supporting characters who all look like they walked in from one of those CSI shows. (Actually one did!)

What’s funny about MacGyver is that somehow the network managed to grind down any charm the original series had to make a very forgettable action show. All the cool MacGyver-‘ism tricks came off as unexciting diversions in a very lame pilot.

Somehow CBS got into this thing with so many of their shows having all these type of ‘novelty investigation’ hooks. There’s always genius characters running around that can analyze a situation or an individual in an instant with their high-functioning brains with ultra-cool visuals bouncing all over the screen. It’s like the network fell in love with A Beautiful Mind or Sherlock or something and now can only do shows like that. Maybe CSI really ruined the network.

Here, MacGyver is the same nonsense. He does his snazzy household appliance tricks to get out of deadly situations in the most routine ways. The ones they come up here aren’t anything special. The old show’s use of Mac’s skill set were highlights during the episodes, here they were just tedious scenes I had to get through to get to the end.

Vintage Mac would use his brain to get out of tricky predicaments. He was a vulnerable, modest guy that could use his inventiveness to avoid confrontation and get to a safe resolution.

Here, those tricks are done in between him chasing down bad guys, hopping onto moving vehicles, getting into fist fights and doing more traditional action-y things. This Mac is a confident, cocky character who really never seems to be in over his head and has to struggle to keep his cool. Whatever happens he’s not worried in the least.

Mac tying his bowtie to the steering wheel of a boat, jumping off it and making it collide with the bad guy boat killing all of them is not a very clever MacGyver-ism.

A big sequence is Mac jumping on the landing gear of a plane as it’s taking off and he’s going to make it land. How does he do that? He clips a wire on the airplane! Whoa! Genius! And the addition of graphics pointing out what he’s doing, illustrating to us with snazzy graphics that that bottle Mac just picked up contains ‘ammonia’, did not help make what he’s doing any more thrilling to watch. His narration was enough to help me figure that out.

Lucas Till is annoying as MacGyver. He looks way too young, is incredibly stiff when he’s supposed to be something of a loose guy and comes off very smug throughout the whole pilot. The guy might be good in other roles, but here he just comes off as too wooden with zero charisma to be the lead in the show I’m supposed to tune back in to watch. I don’t think I could stomach watching a show with him in this role every week. It’s hard to believe that after re-shooting the pilot for a second time he escaped from being replaced.

He’s not helped by his supporting cast. See, now Mac is a member of a team – which really makes it feel like I tuned into any NCIS/Scorpion/CSI show than ever! And there is absolutely no chemistry between any of the characters.

Former CSI star George Eads is his pal Jack Dalton and he’s just a standard tough guy character. No personality whatsoever, other than the terrible quips he gets to exchange with Mac during deadly situations.

Mac’s old vital cardinal rule of no guns and no killing is made moot by Eads who will handle all that. He makes having Mac’s little tricks kind of pointless if Eads is there to fill the bad guys with bullets.

The pair recruit a new young attractive hacker to help them on their mission played by Tristin Mays. She’s a computer genius con and they make her an offer to either help them or go back to prison. Seriously! They’re doing that one here too! I couldn’t believe it either. Plus, she looks gorgeous and appears to have spent more time at the Ford Modeling Company than inside a penitentiary. I’m all for suspension of disbelief, but come on.

Sandrine Holt is the blah, no-nonsense boss who looks at computer screens with them, gets angry, but knows they’ll save the world. And let’s not forget Mac’s goofy, fast-talking roommate who’s supposed to be the comedy relief! I just couldn’t believe they were serious with him! For some reason he’s wearing a cooking outfit complete with name tag. I….I felt like I was really tripping out on bad television cliches when he showed up! The pilot is more a parody than friggin’ MacGruber!!!

Oh yeah, the plot to this pilot….something about a green glowing bio-weapon of gas that Vinnie Jones steals and Mac’s girlfriend fakes her death, but is in cahoots with the bad guys. I don’t really remember, it’s just more cliched nonsense. I knew I was in trouble with this show when during the opening True Lies-ripped off sequence that is supposed to be action-packed and thrilling, I wanted to turn it off and watch Strange Brew. I’d predict this MacGyver will not be lasting very long, but what do I know. I’m completely out of it with network television and don’t understand what or why most shows are popular.  It will probably last longer than that Charlie’s Angel’s reboot though, but it will be just as forgotten.

They really miscalculated updating the MacGyver character. Whereas the original Mac made kids think science and Mr. Wizard was cool, this show will just have folks rolling their eyes and yawning.

Actually I don’t even know who they’re hoping to attract with this new MacGyver. Original Mac fans like me won’t like it, or at least I can’t imagine many will. It doesn’t resemble the original show in anyway. I understand them wanting to do their own thing with the character, but then do something interesting and fun with him – they’re not! The only connection this has with the original show is the name.

So unless I hear some radical quality change happened and the show has a drastic turnaround I won’t be tuning in again to this MacGyver. Granted this was only a pilot, so the show could possibly improve, but from what I saw there was nothing enticing for me to see if that happens.

And I really hope they don’t try to get Richard Dean Anderson to do a cameo to help save some ratings as they go down. Leave the guy alone. You made this show, you deal with it. Let’s see this new pompous MacGyver kid think up a nifty life-preserver to help keep this show afloat on his own. 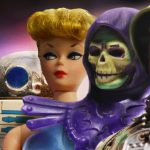