With the recent passing of astronaut Neil Armstrong naturally folks took time to reflect on his historic Apollo 11 mission and the huge leap he made for mankind by being the first man to step foot on the moon.

Yet, that’s not what some people believe.

Armstrong wasn’t strolling along the lunar surface, but he was in fact on some soundstage made to look like the moon. Co-starring alongside fellow astronaut Buzz Aldrin, Armstrong and the genius’ at NASA fooled the people of planet Earth into thinking they were watching one of the most historical events ever. In reality it was merely an elaborate stage show that a worldwide audience tuned in for and swallowed every moment of it.

I love these conspiracy theories. There have been some great ones and this faked moon landing one has been one of my personal favorites. I’m not sure where this started. Maybe the release of Capricorn One in 1977 helped get the skepticism to really pick up steam. All the evidence that these moon conspiracy theorists point to – you can’t see any stars in the photos on the moon, the flag is waving where there is no wind, there’s no blast crater underneath the lunar lander, why haven’t we gone back to the moon since – it all seems to be grasping at straws to me.

However, I do enjoy hearing them try to convince us of this underhanded trickery that was done by NASA. Some of these folks are really passionate too, but I really don’t buy it.

For some reason I think it would be really cool if this conspiracy theory was true. Imagine the biggest story of the 20th century being completely fake and that giant leap Armstrong made was done with a director shouting instructions behind a camera.

Despite me not believing these conspiracy theories that doesn’t stop me from loving to watch these documentaries that are supposedly presenting us with all the evidence by folks who’ve apparently devoted their lives at exposing this hoax.

As cool as the headlines would be if it was finally revealed this was all faked, I think we really did make it to the moon and left all that junk up there. Maybe if we ever return the astronauts will take the time and clean up after themselves. 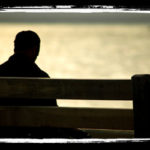 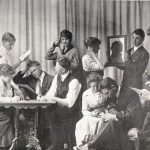 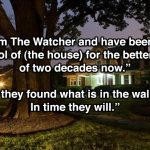