Candid Camera has had a very long life.

Created by Allen Funt, it started on radio and was called Candid Microphone. Then it became Candid Camera when it moved to network television. It left network airings and moved over to syndication.

In the early 70’s for some strange reason Allen Funt decided to breakaway from the wholesome/family friendly format and do a film version of his program that was more adult oriented entitled What Do you Say To A Naked Lady?

I guess that movie was the genesis of the risque VHS series called Candid Candid Camera that was hosted by Funt and popped up on HBO and The Playboy Channel. That was most cutting edge Candid Camera ever truly got. Unsuspecting guys would walk into hotel rooms and be greeted by a naked woman. Or they’d be left in a room with a hypnotized woman who begins removing her clothes. Really, really odd. I think Peter Funt just ignores those projects.

I always enjoyed Candid Camera. It was a simple amusing show. The jokes would be hit or miss, but when they did hit they would be very funny and there could be some great bewildered reactions from the targeted subjects. Back when the show was enjoying its height of popularity it was a unique program, it was funny and it wasn’t a surprise why it was so popular. Now in an era where hidden camera jokes, prank shows and reality programming have become so routine, TV Land re-introduced the latest clean version of Candid Camera back in August and I thought I would check it out. Yeah, I just started to catch up with it. It takes me awhile to get around to my TV viewing.

I actually don’t think anyone anywhere cares about this at all. Maybe there’s acouple of retirement home members excited about it, but what the heck I watched some of the episodes so I might as well write something about it. Especially since I’m predicting we won’t be seeing this version around for very long, unless there’s some major work done on it.

I’ve heard some describe this TV Land version as a ‘reboot’ or ‘new’, although I have no idea why. It is the same exact format that Allen Funt came up with over sixty years ago when he created Candid Camera. It’s even got the same name, so I don’t think there’s much ‘new’ here.

For the last decade Candid Camera hasn’t been around, but no matter if it was the most popular show on television, buried in syndication or off the air, generations of people continue to know that phrase “Smile you’re on Candid Camera”. It’s become a universal catchphrase to clue you in that you’ve just been had. Once uttered, everyone knows exactly what is going on.

I’m not sure how young kids know this phrase. Maybe it’s become part of our genetic code of pop culture information we’re born with.

So Allen Funt’s son Peter Funt has been carrying on the tradition to his father’s hidden camera show since the ’80’s. And here he continues with co-host  Mayim Bialik. Bialik seems like an odd choice to be showing up here. She wouldn’t be the first person I would think of to co-host Candid Camera, but what the heck, Suzanne Sommers did it at one point. I always felt somewhat cool on Peter Funt. He’s certainly not as charismatic as his Dad. Allen Funt seemed to really get a kick out of catching people in the most silly situations and seeing how they would react. He came off very natural, while Peter has always been very stiff, wooden and monotone.

He introduces clips and engages in badly scripted on-air banter with Bialik. This is the necessary evil of filler you have to sit through as they set up the next segment. When Peter shows up performing in the jokes….he functions, but they could have easily gotten someone better for the parts he’s playing.

Peter Funt is certainly not a recognizable enough figure to pull a big reveal on the subjects and wow them that they’ve been talking with him the whole time. That was how his Dad ended the gags sometimes. People instantly knew who Allen Funt was back in the day and as soon as he took off his hat it would start to dawn on the person who they were talking to and what was going on.

Although being a very bland on-air personality, Peter’s the keeper of the gate now and has become the face of Candid Camera. The show uses Peter’s son and niece as performers and ironically both of them seem much more talented than he is performing in the gags!

If it was me I would downplay his role in these stunts and hire an actor for the parts he plays. I know he’s Allen’s son and all, and perhaps he feels he’s carrying on the show’s legacy by doing exactly what his Dad did, but I would just have him stay in the studio, doing short intros and leaving the performing to actual actors.

The show is the expected format with showing filmed jokes on unsuspecting people. This isn’t anything groundbreaking despite them saying they’re doing more topical gags.

They now create more topical types of scenarios from businesses that will only serve homosexuals to people testing different types of marijuana to illegal immigrants asking for personal referrals from people on the street to mail carrying drones. Most of these are not funny and don’t work at all. They’re not necessarily bad ideas, but the execution of them is badly staged and results in more awkwardness than laughs. The drone one is alright.

To me the funniest stuff was always the simplest jokes. One particular one they featured was Funt as a sanitation representative informing homeowners they will have to use eight color-coded trash cans to sort their garbage from now on. The reactions to that are pretty funny.

I won’t go into details about the particular gags that I thought worked and didn’t work, but as I said they are hit and miss – and this time around it’s much more misses. The show uses a series of actors to play their roles in the gags. Using a magician in gags sounds like a fun idea, but the situations don’t always pay off that concept. Extremely cute actress Amanda Melby looks to be an effective conspirator as well, but the situations the show comes up with unfortunately aren’t as good as the Candid Camera audience deserves.

Most of the time the premise and all the preparation that went into the setup to a gag doesn’t warrant the flat payoff and reaction we get from it.

They go back into the shows vault and showcase classic segments and update them for today. Some of the very old clips they show from when Candid Camera was back at its height of popularity are still extremely funny. It’s amazing how well some of the stuff holds up.

The older clips are actually funnier than the new content they come up with. The show feels extremely quaint compared to some of the other hidden camera shows we’ve seen in more recent years. Like, Candid Camera would never do any of the stuff on the scale of some of the pranks Japanese television pull on unsuspecting victims. Some of that stuff borders on criminal.

I don’t think anyone will be excited to tune into this – other than those retirement home members and I doubt they’ll be too happy with what they see. This Candid Camera has a few funny moments, but it’s not worth sitting through an hour program to get to them. It’s a very dry presentation and overall the jokes that they do come up with aren’t very special or funny.

Peter Funt and his team really have to come up with better material and ideas for the 21st century audience. They really have to step up their game. AND they have to execute them better for the maximum amount of laughs! If not, Candid Camera will be disappearing again very, very soon.

A classic bowling gag from Candid Camera from the 1950’s – still funny. 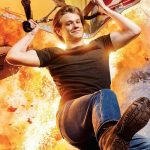 The MacGyver Reboot – It Stinks! 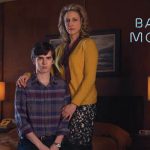 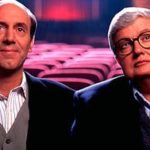