Everyone has heard the sad news regarding a midnight screening of The Dark Knight Rises in a Colorado movie theater. At a crowded midnight screening of the film a young man entered the theater through an exit door and opened fire on the unsuspecting crowd. Twelve people were killed and approximately sixty were injured.

Just yesterday I wrote about fans who were anxious to see The Dark Knight Rises getting up in arms over negative film reviews about the film.

That really seems like such a petty story today.

There’s not much to say about this other than it’s an extremely upsetting story to hear. It’s a pointless tragedy that should never have happened. I find it really distressing that the victims simply went to a movie theater. That’s it. A lot of us were planning on doing the same thing this weekend and to have something like that happen is awful.

Obviously, this incident has instantly overshadowed all the other news about the film. Headlines are reporting on the shooting, the man, the victims, the reaction from the studio, amped up security at other screenings. I read one article drawing parallels of the incident to a panel in Frank Miller’s 1986 comic The Dark Knight Returns. Warner Brothers canceled the Paris premiere of The Dark Knight Rises and the cast canceled planned promotional appearances.

I can’t blame them. It’s not likely they would be getting many questions about the actual film now, but what happened in Colorado and what else can they say.

This news has really eclipsed any of the ‘fun news’ that we would be talking about this opening weekend. Box office numbers that the movie was going to do, excited crowds, fan reactions. Now all of that seems pointless. Even the geeky fun of fan dressup in attendance seems to have vanished for the movie.

I don’t think any of us after all the time waiting for the film would have thought this is what we would be reading and talking about on its opening day.

Aside from the fact it’s a heavily anticipated film and now there’s this dark cloud over it today, the deaths and injuries that happened is an outrage. It’s something that never should have happened. All those people wanted to do was see a movie that night. 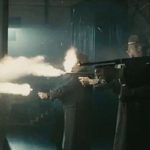 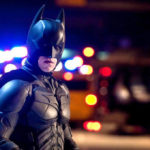