As so many comedic actors before and since, John Candy tries his hand at a bumbling detective comedy.

He plays Harry Crumb, quite a thick-headed and clumsy private investigator who is tasked with solving the case of a kidnapped millionaire’s daughter. His boss Jeffrey Jones is actually the guilty party and he feels confident he’ll get away with it by putting the inept Crumb in charge.

This is yet another Candy comedy where he coasts through by his charm and likability and there’s not much else in it. I always feel like I repeat myself when it comes to comedies starring Candy, but I just can’t help it.

He was such a lovable, talented guy and I felt his movies were more often misfires than hits. Just silly and innocuous comedies that might have a few a chuckles here and there, but end up feeling like a waste of time and leave me thinking, “He could have done much better.” Like most of his films, he comes out of this fine, but he’s not enough to redeem a pretty mediocre movie. There are some desperate attempts at laughs and Candy tries for them with as much gusto as he can.

He gets his tie caught in a paper shredder, destroys Jones’ valuable dinosaur egg, gets stuck in an air conditioning duct. It’s pretty silly and uninspired stuff.

He even dons some disguises, much the same way as Chevy Chase had done in Fletch, and there’s no real payoff to them.

Some of the gags feel leftover from better films. During a meeting with Barry Corbin Crumb gets into some trouble with a fishtank and the whole scene felt like a poorly done version of a similar scene from The Naked Gun.

I will say, there are a handful of amusing sight gags. I get a chuckle out of Crumb landing on a ceiling fan in a crowded restaurant. Then there’s that scene transition of Crumb traveling to L.A. from Ohio. We see a jumbo jet take off, then the camera pans down to a beat up bus carrying Crumb. But I mean, that gag last a few seconds.

Oh, he does have a funny typewriter line. You can see that in the trailer below.

That bus scene by the way includes a very random and bizarre cameo by Jim Belushi. He doesn’t do anything, he just sits there reading a newspaper and we see it’s him. Really strange. Candy has some decent co-stars in this, Annie Potts, Jeffrey Jones, Tim Thomerson, Barry Corbin and Shawnee Smith. The criminal thing is none of them are given anything to do. None of them contribute to the comedy and they all fade into the background. They all seem like they’re being wasted in thankless roles.

Potts looks dynamite in this by the way. I love her big 80’s hair. And Smith is adorable as usual.

Candy probably could have managed a good bumbling character and Harry Crumb might have been a fun character for him to revisit, but with no help from a script or not putting him in unique funny situations, he just can’t do it all on his own. Just having him scream in an out of control car without breaks is not going to make it.

It’s not the worst Candy comedy I’ve seen, but it’s close to the bottom and not worth remembering if you’ve seen it. If you haven’t seen it, don’t worry about it. 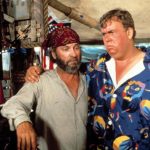 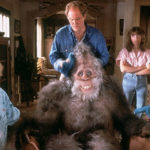