A group of medical students embark on a snowy weekend in the Øksfjord mountains and before they know it they’re faced with having to deal with an army of WW II Nazi zombies who’ve made the scenic setting their home.

This sounds pretty strange huh? Well, it is but it’s fun! Zombies seem to be the popular movie monster at the moment. So how could you possibly make them any meaner, scarier and evil? You make them Nazi’s of course!

The setup to this Norwegian film is the usual to genre – group of young carefree kids, a remote cabin, tension begins to build, you shake your head at the stupidity of the characters and then they’re running for their lives. There is plenty of gore, blood and creepy makeup that should satisfy any gore fan. Plus, the snow covered mountain setting gives the film a unique look (aren’t we getting tired of seeing kids run around in the woods?).

Along the way there are some homages and references to some of the past classics in the genre. The characters are pretty thin, but that’s really not what you would be watching it for anyway. This isn’t for everyone, but if you want to experience some suspense followed by bloody, gory, gruesome dismemberment this is the ticket.

Some fans might be put off by the fact it’s a film that requires you to read subtitles (oooooh I have to read??? I’m afraid I’ll have to take a pass on that!), but really it’s no big thing. Just stick it out for awhile and before you know it there will be extended silent stalking sequences where the majority of the dialogue is screaming. And that’s a universal language. 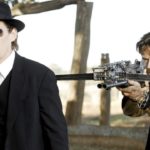 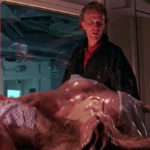 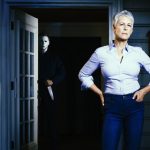