For The Love of Spock covers Nimoy life from his early acting struggles, his personal life, his expansive talents in multiple areas and of course his iconic role as Mr. Spock in Star Trek, where he would create one of the most popular characters in history, along with the enduring legacy and appeal he would have.

It’s a comprehensive doc done with a real reverence towards the man. There are plenty of interviews by those who knew and worked with Nimoy, footage of his other performances and interviews with Nimoy himself that creates this expansive portrait of him. Sure, there is plenty of coverage of his association with Star Trek, but it also spends as much time showing that Nimoy was more than just an actor who wore fake pointy ears. Apparently this documentary began when Nimoy was still alive and his son initially meant it to be solely about his role as Mr. Spock and an examination on the impact the character had on the fiftieth anniversary of Star Trek. Subsequently after Nimoy’s death the focus shifted towards making more of a love letter towards the man himself.

And it certainly is done with real admiration. I learned much more about Nimoy than I had expected from this doc. When I was little the two things that I associated the most with Nimoy was not surprisingly him playing Mr. Spock, but also that he was host of Standby…Lights! Camera! Action! the behind-the-scenes documentary series about moviemaking which Nimoy hosted. I used to love that show!

This documentary goes much deeper than just his career. We learn about Nimoy’s talents and interests that many might not be familiar with. Naturally they cover his other acting and directing work outside Trek, but it also goes into his personal life. His son doesn’t shy away from the family issues that befell between him and his father.

It also really conveys how Nimoy embraced his role as Spock, respected the character and the Star Trek fans, which I found really heartwarming. It manages to pack an emotional punch when it delves into the far-reaching influence that Nimoy’s Vulcan character has reached and probably will continue to for a long time.

A really good love letter to the man. It’s definitely worth seeing. 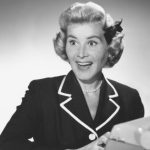