Detective Mike Hammer (Ralph Meeker) wants to find out what happened to the young woman he picked up on the highway. She’s now dead and Hammer was close to being killed. The cops don’t want him sticking his nose into the investigation, but Hammer is too hard-headed to listen to anything they say!

As he pieces together clues and questions everyone he thinks might know something it leads him on a serpentine adventure into 1950’s Los Angeles through its back alleys, shoddy apartments, extravagant mansions and picturesque beach houses. Now hoods are gunning for him. dames are kissing him, the cops are giving him a hard time and his secretary is getting mighty jealous and worried, but Hammer keeps his cool throws back a few drinks and is determined to unravel the mystery.

What a great flick this is.

Director Robert Aldrich crafts something of an old-fashioned, atomic-age, gritty unique noir with a compelling anti-hero at its center. Mickey Spillane might not have liked this movie, but each time I watch it it keeps getting better than I last remember it. Meeker is Hammer who’s a sleazy contemptuous “bedroom dick”. He and his secretary/lover Velda (Maxine Cooper) set up married men and women and then blackmail them. This detective hero might be one of the biggest scoundrels in noir. Throughout the film Hammer doesn’t treat anyone very nice and goes about using, abusing and roughing up anyone who gets within his reach.

Throughout the whole film I can only remember him being nice to his mechanic buddy Nick (Nick Dennis) and an old timer moving some furniture into an apartment. And it’s not a far stretch that he has ulterior moments why he’s so friendly with that old timer. Heck, I noticed this time watching it how he tries to pocket his police buddies cigarettes hoping he wouldn’t notice. Some pal. Right from the start of the movie with its strange backwards running credits it throws you off and you’re not sure what to expect. After Hammer’s unexpected hitchhiker Christina – Cloris Leachman in her film debut – are caught, they’re drugged and driven off a cliff by some no-nonsense bad guys. Hammer survives and goes about investigating as to what is going on and solve the riddle of Christina’s ominous message to him “Remember me.”

The story takes some pretty dark turns as shady figures want to find out what exactly Hammer knows and he has to watch his back as he digs deeper into this mystery. Perhaps Christina’s roommate Lily (Gaby Rodgers) holds the key. She’s scared, can help Hammer find the mysterious box everyone is after, but needs his protection. Will our cold hero protect this damsel in distress or could it be a colossal mistake? At a certain point it ends up being a pretty hopeless looking scenario for our hero. By that point in the movie you’re not sure what it will pull. And things get even more bizarre when Hammer gets ahold of the MacGuffin box that the whole thing has been leading up to.

I’m not going to spoil it, but movie fans will immediately see its influence on latter films. And the memorable ending doesn’t disappoint!

Meeker carries himself as such a cool confident cat throughout the whole thing. Whether he’s at a fancy mansion making time with a lady just to get inside or realizing he’s being followed on a dark street and preparing to get the upper hand.

The film is a great time capsule of 1950’s Los Angles filmed with some beautiful black and white cinematography. The cars, the streets, the locations cry out as a time long past that makes me wish it was all still around.

The cast is all very good, especially Meeker, who unfortunately never made it past supporting parts. His performance as Hammer is really the biggest role he had and he’s great in it. He may not be a sparkling white knight of a hero, but those cynical, rough edges the character has here makes him all the more interesting. Rewatching it again it gets better and better each time I revisit it. I notice more details, appreciate the score by Frank DeVol more, admire Aldrich’s staging and direction, enjoy how crisp and modern feeling the film feels even sixty years later and marvel at what a daring despicable performance Meeker gives to the hero of the story we’re supposed to be rooting for!

For those who have seen it the surreal ending leaves a lasting impression, but even leaving that aside everything that leads up to it is a compelling mystery that holds your attention and builds to that reveal of the macguffin, which pays off spectacularly. 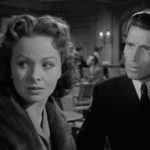