Normally winning the Oscar for Best Picture doesn’t impress me. I view it merely as a popularity contest and whether the winner actually merits the distinction of being anointed “thebest film of the year” is an afterthought.

Period film, about an English royal, overcoming an affliction – The King’s Speech seemed like it was specifically made to win awards. This time the film actually deserved them.

The story of King George the VI struggling with a stammer while trying to be the voice to calm the people of his country at an uneasy period in their history is a compelling setup to both a personal struggle and an epic story.

However, it’s the clashing of two drastically different personalities and the classes between the King and his speech teacher Lionel Logue is what really makes the film so compelling. The mutual respect and friendship that develops between them is as interesting as the great stakes the nation is facing.

The cast is all great. Colin Firth deserved his Oscar and Geoffrey Rush is just as good. Any dramatic license the film takes with the actual events are there to help tell a better dramatic story, which the film beautifully does. 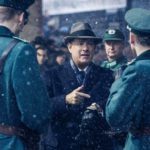 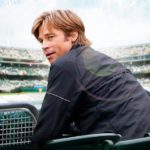