My father died last year, so not surprisingly this Father’s Day rolls around with a heavy heart and lot’s of reflecting back on him.

It’s not that I need a holiday to remind me to think about Dad, I’ve thought about him everyday since he left. But when you walk around stores and see all the Father’s Day cards and are made aware how father’s worldwide will be waking up Sunday and getting crayon written cards made by their children and be given cheap aftershave and work tool gifts it’s impossible to not think back on Dad.

Fortunately, my Dad was a great dad. He might have driven me crazy sometimes, but I loved him and he was really a good person. One of the cruel tricks of life is that you can sometimes you forget just how good you have it and not fully appreciate the loved ones you have around you as much as you should. But thinking back I think we did pretty good.

One thing that I thought of was all the movies we watched together and how he had his favorites. Myself being a big movie fan naturally I watched lots of movies with Dad. Luckily he loved movies too so there were many nights we sat together watching a flick. Watching them now it’s impossible not to think back on him and remembering how much he enjoyed this one or how he loved this scene or the way he would quote that piece of dialogue or felt bad for that character.

Since I do so much movie-related stuff on this blog I thought I would stop and think back about five of his favorite movies he would always like to watch.

Field of Dreams
This is such a cliched beloved father/son movie and there’s a reason why – because it’s a really good movie! Dad was always a huge baseball fan. In fact the last photo I have of us together is at a ballgame. He was also a very nostalgic and sentimental person. So the ingredients in Field of Dreams was perfect for him. He would always talk about how he felt Shoeless Joe Jackson got a bad wrap. He also loved the idea of getting that final catch in with your father. I’m sure he thought about his own Dad a lot watching this movie. Now I get that same heavy heart feeling from it. Boy did he love the Blues Brothers. Not so much the music or the dance numbers, but the car crashes and the deadpan expressions on Belushi and Aykroyd’s faces as they left chaos and destruction behind them.

The movie is full of memorable lines, but I remember his favorites and when those scenes would come up he couldn’t wait to hear them. “How much for the little girl?” was towards the top. He loved seeing Belushi harasses that stuck up guy at the restaurant who says, “They smell bad.”

I think his absolute favorite line was after driving through the mall, scared people running around, the Bluesmobile crashes into the car dealership window and Elwood nonchalantly says, “The new Oldsmobiles are in early this year.” He would quote that line all the time!

He always felt bad that Belushi died so young, saying he probably would have made a lot more funny movies. He felt the same way about John Candy. Speaking of which I’m going to squeeze in Planes, Trains and Automobiles as another comedy favorite of his. Every year around Thanksgiving he loved to watch it and would enjoy just as much each year.

Back to the Future Yeah, everyone loves Back to the Future. Dad was no different. He always seemed to really get a kick out of Biff when he’d knock someone on their head and say, “Hello? Hello?”

I could have given this slot to Groundhog Day, Dad watched that one relentlessly, but I promised this would only be five movies, plus I got a funny anecdote about Michael J. Fox and Dad that I can share.

Dad was a bowler. He bowled every week, I was in a father/son league with him, he was a regular face at the alley, everyone knew him and liked him. In 1994 Michael J. Fox was doing this movie called Greedy where he played a struggling bowler. Apparently Fox was doing some practicing and getting some schooling by a bowler who Dad knew.

Now the way I was told the story – Fox showed up to the local alley to practice for a few days with his coach. “That Fox kid was at the alley tonight bowling. You know the McFly kid who was in the Back to the Future movie. He’s doing a movie about bowling or something”. I asked Dad to take my crappy autograph book with him next time he goes and see if he could get the Fox kid to sign it. So a few days later Dad comes back home in the evening and has the autograph book with Fox’s signature written in it. I asked him what happened. He tells me – “So I saw him and just went up to him. Told him we like him from that Future movie and you guys like that show of his All in the Family.”

Fox apparently laughed and corrected Dad saying it was called “Family Ties”. Dad wasn’t really bothered by details like names of shows or actors. For years he would say stuff to me like, “Hey, the funny guy is on TV tonight.” and my job was to try to figure out if he meant Tom Hanks, Steve Martin, Bill Murray or hundreds of other candidates. Sometimes it could be tough to narrow down who he was talking about. He was more specific with Bruce Willis who he called ‘that undershirt guy’.

We never did watch Greedy. I still haven’t seen it to this day, but I still have Fox’s autograph in that book Dad brought back that night. I always thought this movie touched that sentimental vein in Dad. He had always been close to his mother since losing his father at a very early age, lived with her a long time until marrying my mother a bit later on in life. So I now think there was something in Marty’s story that he identified with.

There was also that 1950’s time period the movie takes place in. He used to love spotting old cars in old movies. There’s the old fashioned way single guys would go to ballrooms and meet girls he was familiar with in Marty. He would say, “Yeah, that’s what you would do on a Saturday night.”

He also must of liked that ‘underdog’ story that Marty has in it. He always felt satisfied when someone who was put down gets to turn the tables on their oppressors and got to raise their arms in triumph. Marty was one of the last movies I watched with him, after watching it together numerous times before. I remember he specifically asked me, “Hey, maybe we can watch Marty tonight.” If there was something that came close to his love of baseball it was the University of Alabama and the University of Notre Dame. Dad attended Bama and from there grew a lifelong passion of both the schools football teams. Family photo albums are filled with images of Dad wearing his Alabama & Notre Dame shirts. Books of the history of the colleges were all around the house, the cheer ‘Roll Tide!’ became a family mantra and Paul ‘Bear’ Bryant was regarded to be more important than the Pope.

It’s funny, I never even cared much for football, but Dad’s enthusiasm for his teams was impossible not to drip off onto you. He was such a lifelong fan of the colleges that he continued to buy any new shirt or sweater that came into the team stores on the campus.

When he died he wanted to be buried wearing his Alabama sweater. He despised ties, said they were torture to wear. The family wanted to wear their own Alabama shirts for his wake and called the university store in Alabama to make a hurried request. Apparently Dad was a such a frequent caller there that they knew exactly who he was, felt terrible at his passing and rushed the order out to us. I always liked that story, it sums Dad up pretty well.

So Rudy, it’s obvious why he liked it. It had the underdog story, Notre Dame, feel good ending. He watched that movie so many times, but it never got old for him.

I could go on with movies he loved, but that’s just one thing that passes through my head when I think about Dad. There are plenty more memories I have about him that make me cry and smirk when I reminisce about him.

Dad was also a huge fan of Guy Lombardo. I now regularly listen to this song with a whole new appreciation and am reminded of what he used to often tell me – “There’s never enough time.” 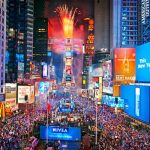 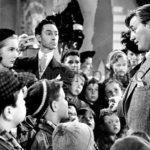 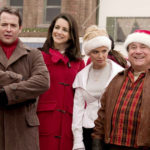