A new scientific invention will allow sensations that a person experiences be recorded and saved onto hi-tech reel-to-reel tape (at least its not on vinyl). Now someone can strap on some headgear, play that tape back and relive and feel all the experiences on it. Pretty neato! What a great breakthrough!

Well, not so fast. The military gets wind of this tech and wants to use it for more violent purposes. But that’s just the tip of the ‘creep-o-meter’ when someone dies and records the moment of their death onto a tape. What would happen if someone were to play that ‘death tape’ back and experience a peek into the great beyond?

Brainstorm has such an interesting and intriguing sci-fi/horrific premise it’s difficult for me not to really want to like it. And it does have some good stuff in it, but overall it falls flat for me.

Christopher Walken is the scientist and he’s perfectly cast here. I don’t think they could have chosen a better lead actor for this warped idea. He, along with Louise Fletcher, invent this ultimate interactive head device. Company CEO Cliff Robertson seems to be onboard with the humane and educational directions they envision for this device at the start, but really how often do we see a truly sincere CEO who can be completely trusted? Natalie Wood is Walken’s estranged wife and her casting was the first problem I had with the movie. I just didn’t buy Walken and Wood as a couple – in any sort of reality. And it’s a shame since their relationship is meant to be saved by this device. It’s actually the one good thing that comes from it.

But even then when this estranged couple can now literally share their feelings, memories and deepest thoughts with each other (which is very cool), it wasn’t set up in a way that made it the one obstacle that was needed to be overcome to save their relationship.

The ‘death tape’ was such a compelling element of the story, but sadly it has to share story time with Walken and Wood trying to hack back into the lab with ancient computers and destroying the military’s Brainstorm project during the climax. All that is very cliché and is nowhere near as interesting as the basic premise as to what playing these tapes can potentially do to someone’s mind.

One fascinating little portion in Brainstorm is one character taking a recording of the experience of sex and what I assume splicing the orgasm part of the tape to play on a loop. They find him in this almost catatonic state experiencing that portion of the tape over and over again. Later in the film he’s finds himself to feel great and is filled with lots of energy.

I’m not sure if I’m interpreting it correctly as to what exactly he did and what happened (if this device actually existed you know people would be doing that orgasm trick for sure!), but just that character and the general idea is more interesting than the military jazz and the supposed suspenseful scenes of remotely using computers to stop Project Brainstorm. I suppose at the time that was a state-of-the-art idea, but it doesn’t play as very exciting. What’s more exciting would have been exploring what would happen to someone physically and mentally if they were ever to experience an orgasm on constant repeat.

That’s a pretty wild idea and could lead to some pretty twisted territory. And that’s not even getting into the ‘death tape’ concept. There’s more mileage from that, but like I said it has to share the screen with the whole cloak and dagger subplot.

Brainstorm was the notorious film that Wood died during filming in 1981. This left director and special effects genius Douglas Trumbull with a real problem as to what to do with his film.

After the film was almost scrapped, financing was found to complete it and it was released two years later. After the ordeal of making Brainstorm Trumbull has not directed another film since.

It was said Wood had hoped Brainstorm would jumpstart her film career after quite a lull, but sadly that never happened.

Trumbull adds some good special effects and some of the POV shots of the Brainstorm experience are really great. There’s that’s famous one of what seems to be a car driving off a cliff that looks awesome. It’s the characters that get the shaft here. They’re not very fleshed out and most frustrating of all is this idea feels like it could have been mined for much more than it was. 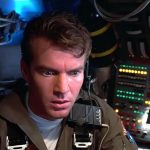 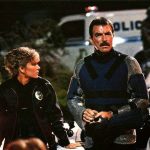 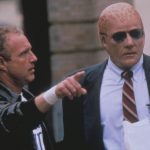