Looks like Conan O’Brien’s future is finally set. After months of speculation of what will happen to the ousted Tonight Show host, it was announced he signed with TBS for a new late night talk show to start in November.

Since O’Brien made his late night debut in 1993, I’ve never been much of fan of his. I remember watching his first night on Late Night, not being too impressed. I remember thinking, “Gee, he really looks stiff and uncomfortable”. Everytime I’ve seen him since he still seems that way. I guess that’s just the way he is. He just always seemed to me an awkward choice for a talk show host and probably better suited to a writing position, not actually on camera.

This TBS choice is somewhat surprising. I think everyone expected him to land at FOX. The George Lopez Show that TBS airs apparently does ok. I’ve never seen it, but I’ve read a few short blurbs about it. My first reaction was “TBS has a talk show? I thought they only showed reruns of stuff”.

I’m sure Conan’s first few nights will get some pretty big attention. Everyone will be curious if he says anything, who’s going to be there, what the set will look like and all that stuff.

When the fascination dies down I suppose all his hardcore fans will stick around – Team Coco supporters. Maybe he’ll attract some new ones. I doubt he will be much of a threat to the big networks, but with the television landscape fracturing like it has in the past few years maybe that doesn’t matter. 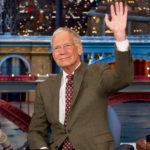