A random thought popped into my head the other day. I don’t know what prompted it, but I started thinking about the 1980’s game show Press Your Luck.

You know the game. It was the one with the big board with all the pictures of prizes and cash that would light up in seemingly random patterns. Contestants would press their buttons and see if they could stop the lighted square to land on and win some ‘big bucks’.

Of course, it wasn’t that easy. Host Peter Tomarken would tell the contestants they could ‘press their luck with their accumulated winnings and try to win even more. They could face the board again, go for more ‘big money’, but risk highlighting one of the evil red ‘Whammies’ who would take all their cash and prizes away, while giggling at them as they animated across the screen.

I remember watching Press Your Luck. It wasn’t the best game show around, but it was the 80’s so there was no problem with killing time with a goofy half-hour of television. Daytime television in the ’80’s was almost specifically designed to do that back then. I used to think the way the contestants would constantly yell as they faced the big Press Your Luck board was annoying. They would always be yelling, “No whammies! No whammies! Let’s win some big bucks! STOP!”. I bet the producers instructed them to really sell the excitement of the whole thing.

The Whammies were pretty pitiful looking too by the way. They were such roughly drawn cartoon characters. They would have them with their big grins wearing robber masks accompanied by silly giggling sound effects. To this day I don’t know what kind of creatures they were supposed to be.

They would always be carrying a giant hammer or holding a broom they’d use to sweep away your cash as they’d laugh. But, like I said it was the ’80’s! No one expected PIXAR level animation, especially on a dorky game show in the afternoon. I mean, this was the era when the country was enamored by dancing clay raisins.

The most famous episode of Press Your Luck was in 1984 when contestant Michael Larson showed up and accumulated a then unheard amount of $110,000. At the time it was a record amount of money won on a television game show.

However, Larson didn’t so much as press his luck to win the cash. He had figured out that the big board wasn’t as random as it was touted – or probably as much as CBS wanted it to be. Thanks with the help of a VCR, taping the show and watching it over and over again, Larson had discovered there were recurring patterns the lighted squares would take. When he arrived in the studio ready to compete, he knew exactly when to push his button to land on some ‘Big Bucks’ and avoid those pesky Whammies.

Everyone was stunned by his relentless game play. He continued to press his luck turn after turn racking up more and more cash, while producers and executives just stood by helpless and sweating. The normally half-hour game show was forced to be broken up in two parts as Larson’s winning continued to climb to an unparalleled amount.

CBS and the shows producers were extremely embarrassed and quite upset with this feat. Larson had beaten the television producers at their own game – and there was nothing they could do about it. He wasn’t technically cheating in any way. He simply found a major flaw in the design of the game and took full advantage of it. The network was forced to pay him his winnings. Larson could have stay seated for days in that studio and won even more money. CBS should have thanked him that he had decided to stop at the 110 grand. Not surprisingly, because of Larson Press Your Luck immediately made changes to its board and made sure those lighted patterns were much more random and unbeatable, making sure this feat would never happen again. No contestant would able to go Whammy-less like Larson had done.

The network was so ashamed at what Larson had managed to do they refused to re-run his episode for nineteen years! Yep, everyone felt pretty stupid.

It’s a great story and watching Larson’s episode today (after it was finally re-aired in 2003) is riveting. The Game Show Network had even done a documentary about Larson and his Press Your Luck appearance entitled Big Bucks: The Press Your Luck Scandal, which is fascinating to see. Unfortunately, for Larson he might have made off with a bundle, but his story doesn’t end happily.

There had been a new version of Press Your Luck for a short time. It’s not something I was interested to see. The game itself isn’t as entertaining as other game shows had been and it was never a show that I was dying to watch reruns of. But Larson’s story and that particular episode where he crushed the show and made off with a bundle is some real riveting daytime TV. 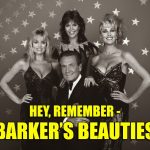 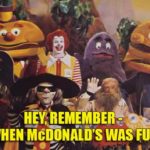 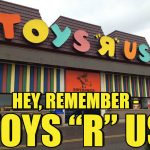