So the latest big news that has gotten superhero fans tap dancing down the street is the long-wished for announcement that Marvel will get their hands on their iconic character Spider-man in the movies. An agreement between Sony and Marvel has been reached that will have them share Spidey.

This collaboration will allow Marvel’s most popular character, that has been out of Marvel’s movie reaching hands, to finally branch out and appear in their ever-growing cinematic universe, while Sony will continue to release his solo films.

So this ‘new Spider-Man’ will make his first appearance in a Marvel film and then star in his next film released by Sony on July 28, 2017.

I don’t want to dwell on how much I think this is so much more promising news than all those Spidey plans Sony was trying to come up. All that jazz with them trying to do their own expanded universe with an all-female Spider-Man character movie, a prequel origin film of Aunt May – really?

Unexciting plans to continue the Amazing series which I gave up on after that last one. I’m quite content to accept we’ll never see Paul Giamatti’s Rhino again. Or what was that about a Sinister Six movie? I just didn’t understand that. They were going to make a Sinister Six movie….but Spider-Man wasn’t going to be in it??? Isn’t Spidey the main reason why those bad guys team up? What were they supposed to do without the webhead around – just rob banks? This confirmed news has ignited an inferno of speculation that won’t be subsiding until whatever Marvel movie gets released where Spidey shows up. I’d guess it will be Captain America: Civil War, but who knows.

I won’t bother going into why I think this was a smart move for Sony much. They didn’t seem to know what they were doing with Spidey for quite awhile now. They had this character, but were just flailing their arms in the water trying to make anything happen with him without any clear direction.

But very briefly, them latching onto the Marvel movie juggernaut with the character seems like a win-win. It will attach him to a series of films that have been extremely popular and that fans have become extremely passionate about, hopefully Marvel will help with a new creative direction for him that will satisfy fans and suddenly all his solo films from here on out will now be part of the Marvel cinematic universe – something everyone loves the idea of.

That’s the thing I want to talk about – the popularity of ‘a cinematic shared universe’. I find it so odd that it has taken so long for Hollywood to catch on that fans find it so cool and it adds to the discussion and speculation. The simple idea that characters and a story that you’re watching is taking place while another batch of characters are existing somewhere else in that world is just simply a cool idea. I caught on to this fun concept with old television shows years and years ago. I’m not even talking about simply spinoff shows, although that’s always fun with crossovers that would occasionally happen. All in the Family expanded it’s horizons from that one street in Queens into a whole batch of families and locations all around New York. The Jeffersons and Maude, which later spun off into Good Times.

It’s an intriguing idea that any of those characters from those shows, even if it’s in the slightest chance, could run into each other while walking into a diner or bumping into each other on the way to the subway. At any moment there could be a knock at a door, it opens and you’d hear the audience applaud loudly with the appearance of a guest star from another show. Just the possibility of knowing it could happen and it being perfectly clear that all those characters are existing in the same television New York universe is an appetizing thought.

The same went with The Six Million Dollar Man and the Bionic Woman. We’re all watching their own weekly adventures, but when an episode aired where one of them showed up to help the other fight Bigfoot or something and there was some crossover between shows it was a real treat!

Not only was it just getting to watch Lee Majors team up with Lindsay Wagner to run in slow motion and share scenes together, but it was the reinforcing fact that these two shows are connected.

Richard Anderson as Oscar Goldman was starring in both shows at the same time. He would be the mentor to both Steve Austin and Jamie Sommers. His character appearance alone would constantly remind fans ‘yep, this is the same world as the other one! Pretty neat huh?’.

You might imagine after he wraps things up with Jamie as the credits started to roll he got in his car to drive to go check in and see how Steve was doing. Oscar Goldman was sort of the Nick Fury of the Six Million/Bionic World.

Getting back to a superhero shared universe, one of the coolest episodes of Batman was when the Green Hornet and Kato showed up. Imagine two pairs of crimefighters meeting up, working together to save the day and then departing to go back to each of their own cities! What a great idea! And that was back in 1966!

I recall two moments in Romy and Michelle’s High School Reunion getting a lot of attention from fans because it hinted that the story was taking place in a Quentin Tarantino shared universe. A simple appearance of a take out bag for Big Kahuna Burger and an ad for Red Apple cigarettes in the background. That’s all it took. What!!! So Romy and Michelle exist in the same Tarantino world as Pulp Fiction, From Dusk Till Dawn and Kill Bill??? Amazing! One of the best moments in Batman and Robin (and believe me there are not many) is when Batman mentions Superman with the line, “This is why Superman works alone”.

The film that decimated the Bat franchise, years before Warners decided it might be a good idea to team them up, a brightly colored Batman signaled to audiences the idea that Superman is flying around outside the borders of Gotham.

While watching that trainwreck of a film you can imagine somewhere beyond the edge of the frame Superman is flying around possibly being engaged in a great adventure – a much better one than you’re stuck watching at the moment.

Fans would have to be satisfied watching Batman and Superman team up in cartoons until finally the concept of pairing them up in a movie struck Warners and they realized it could be fun and get fans excited.

One of the oddest and most memorable shared universe moments for me came in a very special episode of Different Strokes. Arnold Jackson and his pal Dudley are in Hollywood and attempt to meet Michael Knight himself – David Hasselhoff. They end up on the set of Knight Rider and are hiding in a car rigged to explode. Hasselhoff spots the two kids just before the car is about to be detonated and saves their lives! Afterwards he gives them his autograph.

What a great feeling it was to know that Hasselhoff was a real entity in the world of Different Strokes. It would have been so much cooler had it actually been Michael Knight being the real person and Knight Rider wasn’t just a television show in the universe of Different Strokes. How cool it could have been to see Arnold accompany Michal and KITT on a real Knight Rider mission on one episode. I think they missed a great opportunity there.

So finally everyone caught up to the excitement the idea of shared universes can be. Every studio is anxious to start connecting as many projects as they can now hoping it will snowball into people wanting to not only see one movie, but this next one because it’s taking place in the same universe and might contain a reference to that previous movie.

It’s probably going to get to the point where every movie made will all be taking place in one gigantic cinematic universe. Predators, Aliens, James Bond, Superman, Harry Potter, Terminator, Star Wars, Spider-Man, they’ll all each be one little segment of a grand shared universe – now that Hollywood knows fans like the idea.

Watch Arnold Jackson and Dudley meet David Hasselhoff. Yep, once upon a time I considered this great television. 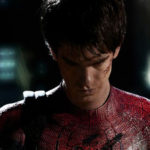