Today is Global James Bond Day. Around the world 007 fans are taking the day to celebrate their favorite spy. James Bond themed events are being held, gatherings taking place and movies being watched. Fans get to drink some shaken martinis, watch their favorite Bond movie, play with their Funko Pop Bond figures and mistakenly believe they look as good in a tuxedo as Sean Connery does.

In 2012 EON selected this date for an official annual worldwide celebration because it marked the release of Dr. No way back on October 5th 1962. Fifty-seven years later the world has been on an exciting, wild ride watching Bond kissing the girls, killing the bad guys, saving the world and gaining fans from one generation to the next.

This year is particularly special since we all know a new Bond film is slowly making its way to us – finally! That’s enough of a reason to break out some heavy liquor and to bend our elbows.

I don’t have much more than that. There will be big events and small acknowledgements made to Mr. Bond around the globe. I will be busy with other things this weekend, but if I can manage I’ll try to squeeze at least a partial watch of a Bond film if I can. What the heck, even taking a brief moment to raise an eyebrow to 007 qualifies as salute on his official day. Since I started doing my little Bond video project on Youtube I’ve been very fortunate that some of you folks have taken an interest in watching, enjoying and following along with them. It feels pretty satisfying that they they get some attention from followers and provide a bit of entertainment to 007 fans. Knowing that they’re being appreciated is a big motivator for me to continue to make them.

Just recently I was asked by Joe Darlington to be on his long-running podcast Being James Bond. It was very nice invitation. So, we got to discuss a bit about Bond, the films, speculate on Bond 25, the title No Time To Die and all the fun happenings that have been taking place with the series.

If your a 007 fan it’s definitely a podcast to tune into. Joe is a very cool, smart guy and he has a real passion for Bond. He puts together a very well done podcast.

If you’re interested and are needing more of a fix of yours truly rambling about 007 (and really who doesn’t want that?) head over to Being James Bond. And also check out the other episodes Joe has done. It’s really enjoyable stuff! 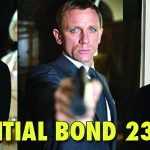 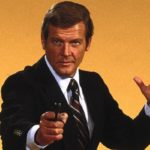 The Death of Roger Moore 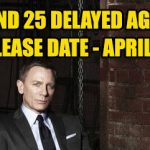