After hearing Christmas music nonstop for a month, it’s kind of funny how abruptly it’s turned off the day after Christmas.

There are a few radio stations by me that do that thing of starting to play Christmas music the day after Thanksgiving. They play Bing Crosby and Jingle Bells nonstop everyday until Christmas. This December programming must get some nice attention and ratings, since it’s become pretty common approach for them do annually.

People might complain about how much of push Christmas gets when it’s still a long ways away. I swear one year I remember hearing Christmas music the day after Halloween! But despite some Scrooge’s humbugging about it, we hear Christmas music as soon as the carved turkey is done. People must be tuning in to listen to it and use it to get into the holiday spirit throughout the month.

Plus, I always thought it must be a relatively easy month of work for a lot of these stations. They just pull out their old Christmas cd’s from storage and fire them up. It always seems they play the same twenty Christmas songs though. They never change things up and put on more obscure Christmas songs. They always stick with popular favorites for their audience, so everyone hears Holly Jolly Christmas by Burl Ives probably thousands of times before December 25th arrives.

The thing that I always find funny, is how abrupt Christmas music stops on December 26th. It stops as quickly as it started. I bet there are some other radio stations around the country that keep up with the Christmas tunes for awhile longer than the ones by me. I’m always jarred though after having woke up for a month with the voice of Karen Carpenter singing about sleigh bells, suddenly it’s back to regular programming the day after Christmas.

I always thought after having played Jingle Bells for the last month these stations could milk it a little bit longer and play it for the rest of the year, or at least another day or two after Christmas.

Sure, probably most folks are exhausted from the Christmas chaos and are ready to move on, but I’m sure there are a few people who would still listen to those Christmas tunes while all the decorations and lights are still up. The Christmas spirit didn’t fly out of them as soon as the 26th hit.

I guess, if folks want to keep up the sounds of Christmas for a little longer they’ll have to find a specialized Christmas station on satellite radio, pull up Christmas song playlists on Youtube or dig out their old record albums. Most radio stations will not help you – they’ve had enough of it. 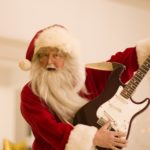 Too Early For Christmas Music and the Madness of Black Friday 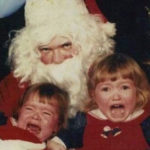