It’s the summer of 1942 on Nantucket Island. The horrors of World War II seem like they’re worlds away for fifteen-year-old Hermie (Gary Grimes). He’s planning to spend his summer on the island hanging out with his two pals Oscy and Benjie getting into ‘boys will be boys’ antics, trying to figure out the goings-on under girls clothes and formulating plans to lose their virginity’s.

Then one day while hanging out on the beach Hermie spots Dorothy (Jennifer O’Neill) a young war bride whose soldier husband leaves to fight overseas. Suddenly this lonely beautiful woman becomes the focus of Hermie’s summer.

It sounds like this story could be a silly teen sex romp, with our pack of young heroes getting into all sorts of outlandish situations while attempting to score with girls, then along comes this ‘experienced woman’ who takes a liking to our lead character and educates him in the ways of love.

However, The Summer of ’42 is miles away from what the film would have been had it been made ten years later during the popular teen/sex/comedy craze of 1980s. It’s a bittersweet very simple story where this one particular individual in this kids life ends his adolescent teenage years and sends him out on his journey of adulthood. And we’re not just talking about learning about sex, but an emotional growth.

The film is narrated by the grown up Hermie (spoken by director Robert Mulligan) who is nostalgically looking back fondly on this summer. He recounts how special it really was and what a significant impression Dorothy left on his life in that brief time they spent together. It’s a quintessential coming-of-age tale.

There are some funny scenes of the young naive teens trying to learn about female anatomy from a medical book, taking their dates to the movies, awkwardly buying condoms. These scenes play as so innocent compared to contemporary times. You might be asking yourself, ‘were fifteen-year-old guys ever truly this ignorant about this stuff?’. Whether it’s exaggerated or not they’re still entertaining scenes.

The big part of the movie is the relationship between Hermie and Dorothy though. Hermie attempts to act like a mature sophisticated adult around this woman and he just never quite pulls it off. Watching their scenes from the perspective of this fifteen-year-old kid who’s crushing on this woman so badly there’s a sweetness to it all. And Jennifer O’Neill is just stunning to look at in this film.

Along with being a lonely sad figure given the situation she’s in, it’s no wonder that Hermie is so taken with her and I’m right there with him. While watching this I always think to myself what’s wrong with all the other males on this island that they’re not all rushing to help Dorothy carry her groceries??? This is not a story simply about a young man falling for an older woman, there’s a bit more emotional depth to the characters than that just that superficial premise.

That kind of makes it sound sappy and at times the film does play a little too sentimental for its own good. Warm orange sunlight over the beach, beautiful waves crashing against the shoreline, slo-mo shots of O’Neill, the soft sad theme song ‘The Summer Knows’ playing over the gauzy cinematography of Nantucket Island.

It could all be very schmaltzy, but somehow director Richard Mulligan and his cast make it all feel sincere and I fall for it everytime I watch it. It’s become one of my favorite coming-of-age films.

Herman Raucher based his screenplay and book on his real life experience of a summer he spent on Nantucket Island when he was a teenager. One interesting piece of trivia is when the film and book came out and became so popular Raucher was contacted by his real life ‘Dorothy’.

She said she had lived with guilt with what transpired between them and was worried she traumatized him. She was relieved he turned out alright and was well. They never reconnected and she thought it was best to not resist their past.

The Summer of ’42 theme by Michel Legrand 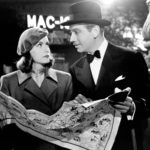 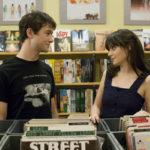