Famed criminal profiler and psychologist Dr. Helen Hudson (Sigourney Weaver) has some firsthand experience with the depraved minds of killers.

Thirteen months ago she had been the potential victim by the mentally disturbed Daryll Lee Cullum (Harry Connick Jr.). Fortunately Helen escaped with her life and Cullum was put behind bars, but she is still haunted by her encounter with him.

Pill popping and drinking is now how she spends her days. Suffering from extreme agoraphobia she doesn’t dare leave her apartment. Even opening the door to the get the morning paper can cause her to have a panic attack. As a new serial killer emerges in San Francisco Helen is asked for her help by the lead detective on the case M.J. Monahan (Holly Hunter). Begrudgingly she agrees.

As the murders escalate, they discover the murders are modeled after the kills of past serial killers and Helen becomes a target by this ‘copycat’. The sanctity of her apartment is no longer safe and she must now try to overcome her fears to help M.J. stop this killer before Helen becomes his next victim.

I always thought Copycat was an a entertaining underrated little thriller of a movie. After Hannibal Lecter hit the scene an avalanche of cops chasing serial killers hit the theaters. Copycat stands out from a lot of them thanks to the performances of two strong female leads.

Weaver and Hunter seem like an unlikely screen duo. I remember at the time when this came out a lot was made of their differences in height. It’s not a big deal. Director Jon Amiel films his stars so that the one foot difference is hardly noticeable. So here we have two strong smart women who are the central characters in a film. And Weaver and Hunter are both very good in their respective roles and alone make Copycat worth watching.

Weaver is the one who gets the more juicy stuff to do as she’s living in this shell-shocked state and can easily go into a panic attack at any moment. She’s cut herself off from the outside and doesn’t seem to be making any progress of living a normal existence again. Hunter basically plays straight woman to Weaver’s more showy part. She’s not exactly the clichéd tough cop who doesn’t follow the rules and constantly gets berated by her captain that we often see in the movies.

She has casual interactions with her co-workers, notably with her partner Dermot Mulroney and boss J.E. Freeman. It’s like any office environment where she can crack a bad joke and smile, but when work has to be done she switches to serious mode.

The storyline unfolds at a nice pace with the tension ratcheting up for our two main characters. The escalating murders aren’t the only things they’re dealing with. Weaver has her own haunted demons to battle and Hunter has work relationships that start to create stress, most notably with ex Will Patton. He plays a similar role as he did in Amiel’s Entrapment – a jilted ex who’s not a very pleasant person to be around – but he’s not all bad and by the end here he gains your sympathy.

Much was made of Harry Connick Jr. in this. His role as a disturbed killer was a step away from his Sinatra-light singing persona that he was most known for. He doesn’t get a lot of screentime, but he’s decent as Helen’s obsessed fan/murderer. There’s a few nice twists, some disturbing violent scenes and it’s interesting when things slow down long enough to examine the killers creative re-staging of famous murders.

The movie isn’t all that original. It’s not exactly a ‘whodunit’, but a ‘how-we-going-to-catch him’. There’s really no clear explanations for the copycat’s motives, which certainly would have made the character more interesting. At times the movie is a copycat of other parts from thrillers in the past, but it all comes together reasonably well and makes a suspenseful decent ride. 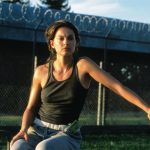 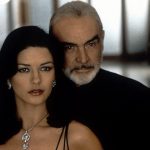