Now that Jeff Bridges has won his Oscar, the next we’ll be seeing him is in the long-awaited Tron sequel! At least it’s been hoped for by long-time fans of the 1982 film.

During the late 70’s/early 80’s Disney studios was at a crossroads. With their animation films nearly winding to a halt they didn’t have much product to give to audiences. So thinking it was time to try some new things it was decided they attempt some more adult fare and they ventured into the PG-Rated realm.

There was mixed success with it. Latching onto the popularity of science-fiction at the time, their first PG-rated film, the Black Hole in 1979 earned some decent money, but only after it being the most expensive film Disney ever made. It’s fondly remembered by audience members who saw it at that certain age where anything with a spaceship was cool. You don’t really see it pop up too often anymore. I’m not even sure it’s ever been released on DVD.

In 1982 Tron was released. Latching onto the burgeoning popularity of video games, it told the story of Kevin Flynn a game designer who gets transported inside a video game and soon finds himself not just playing for points, but for his life!!! Sounds pretty awesome huh? And visually it is. Being one of the first films to utilize computer graphics it does has a very unique look to it and pushed the boundaries of special effects, unfortunately the story isn’t as good as the effects or ideas the film tries to tackle. (that’s just my opinion).

Yet it still does have enough in it that when the original young fans of the film saw it, it left a deep impression. The lightcycles will always be cool to me.

Tron never became the next big thing that Disney apparently hoped it would. There were some novelizations, t-shirts, video games, toys, but after awhile Tron slipped away to it’s quiet spot in movie history.

It would become one of those films that fans would carry with them through the years, where occasionally it would be mentioned and remembered. With the help of the prism of nostalgia, it helped make the film seem better than it actually was. Time and perspective can do that to some films. There would be sporadic rumors through the years about a sequel, but nothing ever came of it. The release of news and trailers for Tron Legacy has been met with a lot of anticipation from fans. Dreading the ‘lazy remake’ approach Hollywood excels at it was with great delight to find out that this would indeed be a sequel.

A follow-up. A continuation of the story and the characters from 1982. Having Jeff Bridges and Bruce Boxleitner back was a real thrill to see. I’m still not completely sold on this ‘Flynn has a son’ (ie. We need a demographically attractive character to court the younger audience into this thing approach) but at least the two main actors are back!

From the looks of things so far, this appears to be a much darker story into the Tron world. Bridges’ Flynn is a changed character from the free-wheeling video game whiz he was twenty-eight years ago. The effects are obviously more polished looking than they were in the original. The outfits less silly looking and the lightcycles make a welcome return! It’s kind of funny how this now-looked at ‘hokey’ original film with the weird name has spawned a sequel that is now one of the most highly anticipated films of the year. Obviously, Tron has attracted some new fans in the past twenty-eight years.

I’m hoping this followup will not only be a leap in special effects as the original was, but more importantly build on the story in unique and unexpected ways. Have it be more like the Matrix, than Speed Racer!

Where the original had simplicity, hopefully this new one will be more challenging and warrant the time that’s been between the chapters of the story. It would be somewhat disappointing if we only get to watch Flynn’s son walk through the same story as his father did, only this time the special effects look cooler and are in 3D.

So Tron Fans, let’s hope for the best. Even if this sequel is an uninspired followup with a paper-thin story and one-dimensional characters at least the lightcycles are back!!! 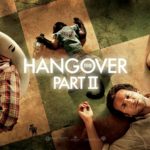