Deep into the summer season and movie lovers should be expecting to see some major guns hit movie screens and maybe a few small surprises. Oddly enough when I look at the slate of summer movies we’re being treated to in July it really doesn’t look all that special.

Other than two big superheroes – a finale to one series and a possibly beginning of another – the landscape looks pretty barren. Perhaps it’s because these two highly anticipated flicks scared most of the other summer movies out of July.

Already Ted, which was scheduled to come out late July, has been released already (seems like it’s made some decent cash). And G.I. Joe Retaliation…..that’s been pulled completely until an eventual release some time in the future. Sounds like some major retooling was decided. Not a good sign. Spidey’s back, but this time he’s looking a bit different. We get a new director, a new batch of actors, a new costume. It’s a whole brand new spankin’ series!

Andrew Garfield steps into the role of Peter Parker and the inevitable happens – he gets bit by a very special spider and is soon swinging through New York City. Between that he’s making time with his gal Gwen Stacey and saving citizens from the evil Lizard.

I have no doubt that this will be a huge hit. You put anyone into that costume and it will attract attention. Spider-Man is one of those ‘safe bet’ characters. He’s amassed generations of fans and every year gains new young ones. So whether Garfield will be better received than Tobey Maguire’s web slinger is almost moot, this is going to draw fans and the odds are it will start a whole new series of films – or at least that’s the intention.

When I heard about this ‘reboot’ I was somewhat torn. On one hand I think it was welcome. Sam Raimi’s Spider-Man films were moving along nicely, but by the disappointing third entry it was clear that engine ran out of creative steam.

A proposed fourth Raimi Spidey flick might have turned things around, but really after that everyone would be thinking Maguire and Kirsten Dunst are too old for this. The Spidey franchise would have had to be revamped anyway. It’s just too valuable a series to stop completely! So a reboot was clearly in order. However, this all just seems too soon. It doesn’t feel that long ago that we were watching Tobey learning to shoot his webs and now we’re going to see that….again? Already? I realize they want to churn out these films fast, but really this reboot seems way too fast! Obviously I’m curious to see how this Spider-Man is, but not so much that I’ll be racing to the theater.

Positive word has been trickling in about this film since screenings for it started. So it’s beginning to sound promising. The one thing when I saw the trailers for it is that it seems to be much darker in tone than Rami’s Spider-Man. It might be that it took this cue from The Dark Knight. I’m hoping this will actually compliment this interpretation of Peter’s story, rather than the filmmakers simply thinking ‘it worked for Batman and that made a lot of money’. Oliver Stone returns to some of the old ‘ultra violence’. At least that’s how this is being promoted. The commercials are drawing direct comparisons to Stone’s 1994 Natural Born Killers. Based on that we should expect to see some pretty cold, graphic killings. But what else, what is the story?

It’s based on the novel by Don Winslow and tells the story of two friends trying to rescue their friend from kidnappers. The film has some recognizable big names in it – John Travolta, Beneicio del Toro, Salma Hayek, Blake Lively.

I’ve always liked Stone and even his films I’m not crazy about usually result in some pretty interesting stuff. He’s not a guy who’s afraid to take chances, stir up controversy and alienate an audience either.

I’m hoping this will be a nice change of pace seeing a smaller Stone picture. It should be a nice break from the huge historical period drama’s with famous figures in the middle of it he usually plays in. My initial reaction is viewing this as a companion piece to his 1997’s U Turn, a film that I always enjoyed. So I’m curious to see how Savages will be. It’s got to be better than that Wall Street sequel. They just keep making these. I don’t think I’ve ever seen any of these films. I remember something about a squirrel or something, but maybe that was a different movie I’m thinking….

But the kids seem to like these. They must if they keep making them. It’s like those Madagascar flicks. I don’t even know what number we’re up to with this..

And here we go. Those old enough to remember, Batman was only viewed as Adam West in a colorful, silly adventures. In 1989 Tim Burton gave fans a Bats that they could take serious. And it was a huge hit. Despite the excitement and anticipation The Dark Knight Rises may have, it is nothing compared to that summer of ’89 for that Burton film.

Of course that series got derailed (thanks Bat nipples), it was put in stasis, Christopher Nolan finally revitalized it with 2005’s Batman Begins and topped it with 2008’s The Dark Knight.

Now we’re sitting on the final chapter of Nolan’s take on Batman and the most highly awaited movie of the year. Can it possibly satisfy devoted Bat fans?

Honesty, I would be a bit surprised if it tops The Dark Knight financially, although it’s going to make a ton of money (still probably not as much as The Avengers). Some of what I’ve seen has made me raise an eyebrow – Bane’s voice, the Bat Plane, Anne Hathaway as Catwoman. She seems more suited to play Batgirl to me.

But I had similar reservations when I first saw clips of Nolan’s previous Bat films. The Batmobile, Bale’s voice, Katie Holmes (well, that last one we won’t get into). And I thought all these worked really well in Nolan’s Gotham City. So I’ve grown into trusting Nolan’s decisions with this world. No matter the result, whether it’s great or disappointing I predict the inevitable backlash to come out pretty fast. Fans are a frugal lot and arguments will erupt and be discussed about Rises for years.

Before that I’m like everyone else – excited to see this last Bat chapter and hoping it’s going to be a fitting end to the wait. Ben Stiller, Vince Vaughn, Jonah Hill and Richard Ayoade create a neighborhood watch group, not to keep their neighborhood safe, but simply to get a break from their families and hang out. Then one night they discover an alien plot that threatens humanity. Now these four have to live up to their duties and protect not just the neighborhood, but the world!

Stiller and Vaughn were funny guys….awhile ago. They really haven’t done much great work lately, at least I don’t think so. I’m not a fan of Stiller’s Night at the Museum‘s or Meet the Parents movies. And Vaughn seems to be drifting from one bad comedy to the next – Fred Claus, Four Christmases, Couples Retreat. These were not good movies. So I haven’t paid these two much mind in recent years. Hill has been on a roll lately. Not sure I know the fourth guy.

This film seems all about the execution. The premise is absolutely ridiculous, but great comedies have come from those. If these four guys click on screen and have some funny lines it could work. If not it will be remembered as another stupid comedy with Stiller and Vaughn. Oh and that Jonah Hill guy was in it too. 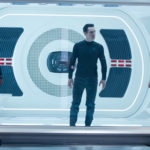 The 2013 Summer Movie Round Up 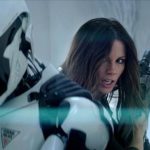 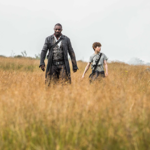