In 1940 Charlie Chaplin released his film The Great Dictator. It was a film that many discouraged Chaplin to make, would become a struggle for him to finish and would ultimately become one of his most popular films.

It would be a huge controversial, satiric punch to Adolf Hitler and his Nazi empire. An opinion many shared, but were apprehensive to voice.

The documentary ‘The Tramp and The Dictator’ compares the parallel lives of Chaplin and Hitler, two men who would become ‘the most loved and most hated men of their time’. Narrated by Kenneth Branagh the film recounts how the paths of both of them would collide with the creation of The Great Dictator and how the artist persevered in making a bold statement about the evil dictator.

I had watched this documentary on Turner Classic Movies not too long ago and decided to revisit it. With the ongoing developments of the Sony hack and the threats made towards them to cancel the release of the movie The Interview, many people have made comparisons to The Great Dictator.

I’m not going to get into the Sony story or how valid the comparisons between The Interview and The Great Dictator are. There are similarities and differences between the films and the circumstances that are/were surrounding them. This is about ‘The Tramp and The Dictator’, a very compelling documentary about the making of his movie that fans of Chaplin will certainly enjoy.

The Great Dictator was Chaplin’s first ‘talkie’. It was a personal project that he financed himself and was very specific about the execution of the project. As with most of Chaplin’s films he spent an enormous amount of time obsessing over the creation of it, continuously rewriting and reshooting scenes until he was satisfied. Not many filmmakers are able to do that. The Tramp and The Dictator is as much a making-of documentary about The Great Dictator as it is examining the films role as an artists personal statement Chaplin felt needed to be said.

The documentary is filled with archival footage, the most fascinating is behind-the-scenes home movies of the films production by Chaplin’s brother Sydney.

This color footage was discovered in a suitcase in the basement of Chaplin’s home. It’s amazing to see and always makes me wonder what other priceless home movies and hidden way films are sitting in old trunks, attics and basements just waiting to be found.

Interviews with several people, Chaplin’s friends, historians, admirers and his son Sydney offer additional insight and reverence towards his film. One of the most interesting comments I found was from a former SS officer. The suspicion being put forth that despite banning the film in Germany, Hitler had himself watched The Great Dictator, not just once, but twice. It’s quite a satisfying thought and would probably have made Chaplin smile. One thing that disappoints me when it comes to the historical context of The Great Dictator in many docs is that it is rarely ever mentioned that The Three Stooges released their mocking spoof short ‘You Nazty Spy!’ nine months before Chaplin appeared as Hynkel the dictator of Tomania.

I’m not entirely sure, but I wouldn’t be surprised if certain American cartoons portrayed Hitler in a comical way before The Great Dictator as well. But I think it’s worth noting and like to give the Stooges credit for their role in ridiculing Hitler before the world got to see Chaplin’s jab at him.

The documentary was produced by TCM, but is available on the two-disc Special Edition of The Great Dictator and is well worth a watch.

Fortunately, here it is! 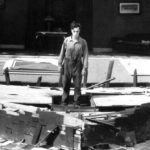 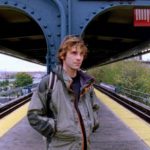