Belushi is riveting documentary from Showtime that charts the life of John Belushi. From being a small town boy in Illinois with dreams of making others laugh, to venturing into performing on the stage, television, films and music and becoming one of the most popular stars in the world.

His success didn’t make his insecurities disappear however. His drug use which began as recreational gradually became a support tool managing the demands and stress he felt. It would become the catalyst for an inevitable spiraling decline that he was unable to avoid.

Sadly even when realizing he had a drug problem and it was threatening his life Belushi couldn’t overcome it leading to his death at age 33. When Belushi died the world lost a great talent who at such a young age had already become a comedy icon.

It’s almost unimaginable to believe at one point Belushi was appearing in the top rated television show (Saturday Night Live), had the highest grossing comedy (Animal House) and the most popular music album (Briefcase Full of Blues from The Blues Brothers) in the country by the age of thirty. It’s easy to forget just how popular Belushi was.

The documentary from director R.J. Cutler uses interviews with Belushi’s family, friends and co-workers who share stories and their perceptions on him. Along with the expected clips of him performing fans know all too well, the documentary also includes private photos, home movies from his childhood and Belushi’s personal letters to wife Judy, which provide the most eye-opening revelations about the man.

Meeting Judy in high school, she became a permanent fixture for the rest of Belushi’s life. Throughout his life his correspondence with her presents a portrait of being a young man in love with a girl, to having dreams of performing, to his revelations of his fears of what success has brought him and his drug addictions that he could not get away from.

He literally writes of his own looming self-destruction he’s in the midst of it. They’re very touching insights into Belushi and really humanizes him. It really shows that he was more than the image of being the wild comedian.

It’s strange to hear the late Harold Ramis, Penny Marshall and Carrie Fisher speak. Obviously, the filmmakers talked with them before their deaths and it’s fortunate they did, since they provide interesting tales. Fisher in particular was able to give enlightening insight into Belushi’s demons and what he was struggling through with his drug addiction. Having survived her own past battles with drugs she has a unique perspective on Belushi.

We all know Belushi had drug problems, but what was driving him to use them, what was he medicating himself for, what was the inner pain he had, did he have the right support system around him that would catch him when he fell? It’s very interesting to hear her thoughts about her old friend.

The doc manages to illustrate just how special Belushi’s comedy was. How he merged a dangerous, anit-establshishement, rock and roll attitude with laughs. He fit perfectly in the offbeat National Lampoon Radio Show and then becoming one of the original ‘Not Ready For Primetime Players’ on Saturday Night Live.

His physical and musical talents and friendship with Aykroyd ignited them creating the musical group The Blues Brothers. The act was practically a callback to when the younger Belushi had a band with his school friends.

Then of course he branched into movies creating the ultimate party animal character of Bluto in Animal House. Aykroyd’s description of Bluto being a combination of Cookie Monster and Harpo Marx I thought was a brilliant description.

The heights of The Blues Brothers, trying to mature as an actor with Continental Divide and the chaotic production of Neighbors when Belushi’s drug use had returned after having tried sobering up.

The Samurai, Bluto, Jake Blues, his impression of Joe Cocker, much of Belushi’s comedy is covered, but the doc doesn’t spend an overabundance of time exploring each of them. It’s just enough to convey his talents and what made his creations so special and exciting to see. The documentary manages to paint a very human portrait of Belushi. The film doesn’t set out to reinforce the myth of what Belushi has come to represent to so many. He was a lovable, decent person who liked to make others happy, but could never win the approval from his father. It doesn’t shy away from sharing his foibles, his sexism towards his female SNL stars, his anger and insecurity of being upstaged by Chase on the show, admitting while he felt confident on stage, when he was living in real life he was lost.

The archival footage, photos and animated sequences used at points craft one of the most compelling looks at the life of Belushi I’ve seen. I’ve been a Belushi fan since I was little and after watching Belushi I felt I learned a lot more about him. Fans should definitely check it out. It is certainly a much more respectable and all encompassing examination of him than Bob Woodward’s Wired, the controversial book – which was later made into the 1989 movie – about Belushi’s life.

Belushi would make a great companion piece to Love, Gilda the 2018 documentary about Gilda Radner. I know a doc hooks me when I know the story and where it’s headed, but I’m hoping the end will turn out differently. That’s the way I felt watching Belushi. You see all the talent in the man and you want to see Belushi avoid his inevitable death.

It leaves me with a very sad ‘what if’ feeling. What would’ve Belushi done had he lived and where would’ve his life and career might’ve gone? What films would’ve he and Aykoryd teamed up for (Aykroyd was already writing Ghostbusters for him to star with his friend). I always envisioned more Blues Brothers films and albums would have followed.

Would Belushi had attempted more dramatic parts? Would he have been able to have a long, fruitful career as he got older or would he have slowly faded away?

It pains me to think of what else he would’ve done and all the laughs and entertainment that the world missed out on from him. Belushi captures why he was such a dynamic performer, what made him so special and behind the sudden fame he was enjoying that he a fragile, frightened individual who sadly got himself lost with drugs. 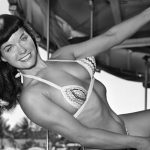