There are many signs the winter holidays have arrived. Christmas songs on the radio, lights hanging on homes, wreaths on doors, Christmas trees being put up, holiday specials on television. Add to those old fashioned timely traditions the newest one that has swept the country – inflatable holiday yard decorations.

It’s as if a storm has swept through and dumped this holiday debris on front yards across the country. You can’t drive a few blocks through a town without seeing them dotting lawns during the holiday season. It’s like the Macy’s Thanksgiving Day Parade got hit with a strong gust of wind and scattered its balloons and decorations all over suburbia.

I don’t understand the allure of these things. They look more like something you’d see in front of a used car lot – you know those tall skinny waving happy faced straw-shaped guys or giant gorilla balloons holding up ‘Sale’ signs. These inflatable lawn Christmas decorations are only one step away from those. Which shouldn’t be a surprise since they were initially inspired by those gaudy attention getters. From what I’ve read, some of the earliest inflatable yard decorations began from Gemmy Industries, the company best known for the creation of Big Mouth Billy Bass. How perfect is that?

It seems fitting the company that came up with that wacky office gag gift would dream up these holiday balloons. They’re technical name is “Airblowns” by the way.

They have been around since the early 2000’s, but 2006 is commonly marked when the ‘Airblown Explosion’ happened, everyone went nuts for these things and they have since become an annual tradition spotting them all over the place.

The early blow-up decorations were quite simple and quaint compared to the elaborate designs we see scattered around towns today. They’re bigger, more elaborate, have lights in them, There are endless choices of these things. You want a Smurf, a Minion, Snoopy, a dragon, a unicorn – they have them! The popularity of these things is the latest in holiday decor. I always thought it was like those old vintage plastic blow mold decorations somehow outrageously evolved into these huge air-filled yard decorations. I used to see those blow mold decorations on tons of front porches during the holidays. Today, I can’t even see any porches around these giant balloon monstrosities.

They have these things for every holiday. Halloween is the second biggest holiday behind Christmas when these things arise on lawns. They have them for Easter, Thanksgiving, St. Patrick’s Day, the Fourth of July, Thanksgiving, birthdays. Sales must be astronomical based on the amount of houses they’re sitting in front of. Every year stores stock more and more of them.

Airblowns are venturing into really strange territory now. I saw they came out with goofy humping reindeers and Santa in an outhouse. That certainly screams the spirt of Christmas – Santa taking a dump.

They slap a Santa hat on ANYTHING and that small addition apparently relates it to Christmas. It’s getting really bizarre. I think these things have broken into ‘ugly Christmas Sweater’ territory. What was once meant as a sincere part of the holiday season has now crossed into parody. When it’s rainy weather folks take the precaution of deflating them. That’s an odd sight seeing lawns with these deflated balloons. They look like multicolored garbage bags waiting to be used. Sometimes it can be fun to try to guess what the inflatable is when it’s fully inflated when they’re in this lifeless condition.

Windy days play havoc with these things. If they’re not anchored down securely a gust of wind will topple them. You’ll see nutcracker soldiers leaning over and the Grinch face down in the grass.

One thing you have to give these inflatables is the ease of displaying them. You don’t have to spend hours untangling last years string of Christmas lights or climbing up ladders to get your house holiday ready. With an inflatable yard decoration, all you have to do is plug it in, let it fill with air and BOOM it’s ready to spread some holiday cheer….to some people I suppose. The prices for Airblowns range from modest to quite expensive. Some have lights, projections, music and can top 20 feet high. It all depends how big, tacky and loud you want to make your yard look. If you’re willing to shell out the bucks you can get a Snoopy driving a zamboni, a penguin standing on top of an igloo or Santa playing a game of poker with some reindeer.

I’d love to know how the companies settle on some of these ideas. I’m curious if they have a more interactive Airblown for decoration lovers. Maybe something like one of those inflatable ball pits kids can jump around in that are filled with colorful balls.

These inflatable yard decorations have not gained any fans of the more traditional holiday decorators who prefer the more classic approach to holiday decoration. They’re sticking with simple wreaths and a string of lights over these air-filled nylon eyesores.

I think these things are breaking into ‘ugly Christmas Sweater’ and ‘fruitcake’ territory. What was once meant as a sincere part of the holiday season has now crossed into parody. Airblown inflatables are one of those things that once might have been viewed as an innocuous sign of the holidays, but soon got zeroed in on as an ugly aspect of the season and are now mocked. I don’t think anyone gets a legitimate joy from seeing yet another giant Santa balloon fluttering in the wind anymore. The only life they have left is to ridicule and shake your head at. That’s the only reason they will remain an annual tradition to see – aside from the few folks who haven’t caught up to the gaudy joke of them yet.

As of now inflatable yard decorations seem to be enjoying an uptick in popularity. More types, more designs, more characters, more shelf space in stores. They don’t seem to be going anywhere just yet. However, I predict one year a sweeping realization will hit, we will see the air be let out of these trending balloons and their numbers will slowly decrease from front yards.

And they’ll probably be replaced by a new cheesy decoration craze. 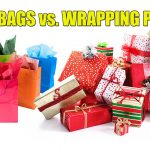