After an extremely long road James Bond has finally returned to cinema screens.

No Time To Die had its world premiere on Tuesday September 28 at the Royal Albert Hall in London. It looked like what one would envision a big glossy James Bond movie premiere would look like. A glamorous red carpet, Bond cars parked all around, an army of press ready to ask silly, predictable questions, the stars of the film all glammed up and royalty in attendance.

At the center of it all was star Daniel Craig bidding adieu to James Bond. This wasn’t the case of any question lingering if this would be his final Bond film. He flat out stated he was done with the role after his fifth time playing him. So, this is it for Craig’s Bond. Craig was wearing quite the unique jacket at the premiere. It has caught its own share of headlines. I think it got more attention than most of the other things at the event.

From there, No Time To Die has hit UK theaters today and audiences are finally getting to see the long delayed film. Bond fans in the U.S. will have to wait an extra week until October 8 for the release. The film will be released in China on October 29, while in Australia its date is November 11.

With six years since Spectre and the constant series of delays the film has suffered it’s somewhat hard to believe the release of the 25th Bond film has become a reality. What a long ordeal it has been for this film.

To celebrate James Bond’s return, YouTuber Pentex Productions invited some fellow Bond fans to participate in a very cool project to mark the occasion. Entitled ‘Bond Is Back’, each one of us would look back at a favorite past moment from the Bond series.

Pentex has compiled a YouTube playlist on his channel with all the videos nicely organized for your viewing pleasure. Yep, you can find mine in there as well. Be sure to check them out! They’re all quite fun and offer up some very interesting perspectives.

Here’s the ‘Bond Is Back’ playlist! My video is in there too! Enjoy! 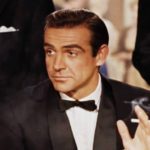 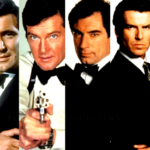 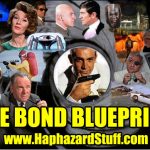