The film covers seventy years of Chaplin’s life, from his poor childhood in the late 1800’s to his honorary Oscar at the 1972 Academy Awards. The film encompasses a whole lot: his political beliefs, his romances, his friendships, his family, the scandals, the criticisms he faced, his dedication to his work, his comedy genius, his fame, his expulsion from U.S. soil and the legacy he left behind.

Whew! And that’s the main problem with the movie. It’s an admirable effort, but it tries to bite off much more than it should have. Instead of presenting a more focused portrait of Chaplin, Richard Attenborough’s film becomes an expansive cursory glance at all the major events and people in Chaplin’s life. It’s fine if you’re looking for all the highlights of his life to be recounted and mostly breezed over, but it doesn’t create a portrait of him making me feel like I knew him any better than before I saw it.

I had read one of the books the film was based on – Chaplin: His Life and Art by David Robinson. It’s a mammoth book and contains lots of stories and insight into Chaplin. When Chaplin was first released I was really looking forward to it. I thought Downey looked like he was going to be good and I was anxious to see how they would go about dramatizing Chaplin’s life and career. There’s so many episodes of his life we witness in the movie it would be difficult to give a rundown of them all. Anthony Hopkins is the editor of Chaplin’s autobiography and sets out to get more details about the man. He interviews the older Chaplin to try to give some guidance and clarity to the stories we see. It becomes a linear rundown of Chaplin’s life.

Moira Kelly plays the duel parts. We first meet her as Chaplin’s young lost love Hetty Kelly Chaplin from his vaudeville days. She’s meant to be something of a lost beacon that he searches for for the rest of his life. And he finds it in the form of Kelly again as Chaplin’s final wife Oona. Based on the movie I was never really convinced that Oona was the soul he was searching for. Other than it being the same actress playing both parts and attempting to make the connection that way, she’s as bland and forgettable a character as most of the other women in the film.

Which is funny, Chaplin’s love life is a major part of the film and it just becomes a roster of actresses who come and go onscreen. They’re really not given much to do other than look pretty and quickly exit the movie. There should be much more depth and impact each one leaves on him, but again the film tries to encompass way too much. The scenes become something of ‘a hit and run’.

One particular character I thought was very wasted was Mabel Normand. Marisa Tomei as agitated actress/director Normand is introduced, it looks like she’ll put the young novice Chaplin through a rocky experience about filmmaking and become a mentor of sorts, but then she’s gone after like two scenes.

That’s pretty much the way the film goes. We’re never allowed enough time to really mine the point in Chaplin’s life we’re in. Characters come and go, more fame comes Charlie’s way, another film is being made, he falls for another woman. The movie never slows down enough to take any of it in. I could badly use the comparison of it being an old Keystone movie that’s sped up and doesn’t give you a chance to breathe.

Even Chaplin’s brother Sydney plays a major role in the first part of his life, but at a certain point disappears.

Another thing I was disappointed with when I first saw Chaplin and again re-watching it is how glossed over his passion for filmmaking had evolved. We see him get introduced and fascinated by movie making, he begins making his own movies, his movies are a success, he works long hours, but I never got the sense of where his devotion and dedication for it grew from.

There are some interesting dramatizations of him trying to come up with an idea for a story and his crew just waiting around to continue work until he’s satisfied, but the transition of him being introduced to movies by Mack Sennett and becoming so devoted to it is too abrupt. I would love to know what pushed this man to become such a perfectionist that he would take dozens of takes of one scene and not care how much time it took. Like, what was he looking for and why did he feel the need for it be perfect.

There’s this one strange ‘Keystone Cop-type’ sequence with the film being sped up with old silent music to accompany it. It’s very odd and jarring. Chaplin is racing around trying to hide his reels of newly completed film from his suing wife.

I always thought it was especially weird since this scene is meant to depict Chaplin’s potential loss of a project he’s worked so hard on, something that he holds dear to and now it’s threatened to be seized. Instead of this scene becoming something dramatic and Chaplin being quite fearful of the loss of his work, it plays as a minor amusing inconvenience. I think it was a miscalculation by Attenborough.

Unfortunately, other than Downey who is very good and some all too brief supporting actors Chaplin is a letdown. It’s a very old fashioned-type of biography film. Examining a person from his childhood to old age is an approach we don’t often see done anymore in biographical films. It seems like filmmakers have learned they don’t need to retell a person’s entire life and it can be much more fruitful to spotlight one area of the person’s life rather than the whole she-bang. I’ve been reading BBC Films are making a movie about Laurel and Hardy and it’s focusing on their 1953 tour of Britain. It’s not going to be about their whole life story, but a slice of it. Through this limited short time period hopefully we’ll learn more about them, their relationship and career. I’m very intrigued to see that by the way.

That’s probably what they should have done with Chaplin. I could pick out any period or relationship that the film breezes over and it could have been enough to fill an entire rich story about the man.

Reflecting back on Chaplin’s life there are so many opportunities to grab rich snippets and events of his long life, that one could easily throw it in a pot and make an appetizing dish from. You can pick any of the relationships he had with his wives, the scandals (some which the movie never mentions), his early years with Sennett, the production of his films, his exile from the States, his friendship with Fairbanks, there is so much! It’s almost inconceivable that one singular project could try to give his entire life justice. One period of his life that might be interesting to examine was when he was making The Circus in 1928. At that point he was a huge star, he had all the creative freedom he could hope for, but it became a tumultuous experience with major production troubles and personal issues for him which subsequently led to a breakdown. In his own autobiography Chaplin never once mentions The Circus, presumably because of what an awful period of his life it turned out to.

I’ve always thought that year of his life might be a more telling and engaging story to learn more about him from. My suspicion is that Chaplin wanted to completely forget about it for the rest of his life and he just never got over that year.

I’d be fascinated to learn more about it. It could reveal more about him as we see him being at one of lowest points in his life. The making of The Circus could be more worthwhile to analyze than say The Great Dictator, which by the way there’s a wonderful documentary about the making of that titled The Tramp and The Dictator.

Even after Chaplin’s life ended, the kidnapping of his body could make for a macabre compelling movie. It’s such morbid event it’s hard to believe that it could have even taken place.

But back to Attenborough’s film. I suppose I would recommend it to Chaplin fans, Of course if you like Chaplin you’ll want to see this movie about him. And it is an admirable effort. There are some beautiful production values on display. The score by John Barry is a rich eclectic mix of sorrow and jubilance. As I said most of the actors are all well cast. In some cases I would have liked if they had gotten to stick around longer, Kline, Tomei and Lane in particular.

And Downey is great in this. Not so much as the older makeup heavy-Chaplin, but as the young iconic virile performer he nails it. He looks like him, moves like him, he was a great casting choice and deserved his Oscar nom he got for it, I just wish the film as a whole film lived up to his performance and the bio Chaplin deserves. 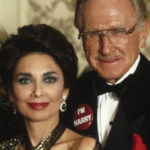