Max Rosenbaum (Martin Landau) is an Auschwitz survivor living in a New York nursing home. He has befriended Zev Guttman (Christopher Plummer) whom he recognized from their days at the camp.

After Guttman’s wife dies, Max helps Zev with a promise that he had made – after his wife dies he will set out to find the nazi responsible for the murder of their families. The men know he is now living under a false name and Zev simply has to visit their list of suspects, recognize the man and then kill him.

However, Zev is suffering from dementia and his elderly state will be a huge hurdle to accomplish this task. Undeterred Zev sets out on a cross country trip to visit the four suspects to determine which is the nazi that destroyed their lives and to exact justice on him. While watching Remember I didn’t know a thing about it going in. I didn’t really have any expectations about it and was pleasantly surprised it turned out to be quite a good little dramatic thriller. From the opening scenes I began to get drawn in. One of the joys of watching it was not knowing where the story was going to go. So I’d rather not recount a whole detailed synopsis of the film. The general synopsis is quite enough to give you and the film on it’s own should lure you in.

Christopher Plummer is fantastic. He’s absolutely riveting throughout the film. There are some great scenes where just focusing on his face, the dementia he’s suffering from, the memories seeping back to him is enough to captivate you.

Along with Plummer’s performance, there’s the direction of Atom Egoyan that makes the film move quite briskly and manages to create impactful scenes one after another. Even within the most mundane situations that Plummer with his condition are forced to tackle, you really start to sympathize for the man and wonder how he can manage his goal.

There might be a few questions hanging in your head after it ends, but for me that’s a minor criticism. While watching the film I was in its grip the entire time. Plummer and the rest of the actors are all very good and hold the screen throughout. It’s really impressive to see how such simple scenes can become so dramatic with a compelling story, good direction and terrific performances.

Normally, I embed the movie trailer in my reviews, but I think I’ll leave this one off. It gives away too much and I think you’ll enjoy the film much more if you go in as cold as possibly. But here’s a short clip. 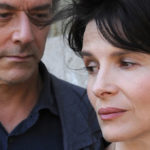 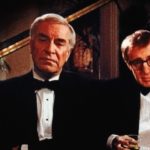