In December 1972 Gene Cernan would become the last astronaut to leave his footprints on the moon and return to Earth. The aptly titled documentary The Last Man On The Moon recounts Cernan’s life, career, the toll it would take on his personal life and his legacy of being part of history.

I’ve always been fascinated with the Apollo space program and that period in history when mankind were making unexplored leaps into the unknown. It’s such a great story of persistence, danger, excitement, tragedies and triumph.

This doc covers all of it from the perspective of Cernan, along with his family and NASA officials. It’s a very compelling well-made film.

He recounts his life before entering the space program. Being a hotshot pilot, meeting his soon-to-be wife, raising a daughter and the getting the call from NASA.

At one point the film does some very stylish retro animation to illustrate the physical and mental tests he had to endure before becoming accepted in the program. From there his goal is helping the NASA team reach the goal of the moon and it’s all helped along with wonderful archive footage to help tell the story.

However, the most touching segments of the film detail his personal life through those years. The worry his wife was going through and his relationship with his daughter. Cernan is very forthcoming explaining the regret that he feels for being away from them for such long periods of time. It’s said in the doc that sixty percent of the Apollo astronauts would eventually divorce their wives. There was even more additional risks for these families than the media was aware of at the time. Cernan reflects on the deaths on his comrades from the January 1967 accident. It’s a very solemn portion of the film. As he describes the astronaut families were all very close and the accidental fire in a space capsule that took the lives of three of them reminded everyone the dangers that these men were willingly facing each time out.

The film doesn’t get melodramatic with Cernan’s own mishaps and missions. The stories are captivating enough and inspirational on their own they don’t need any artificial polish. Even his Apollo 17 mission is told very matter-of-factly and the movie doesn’t try to milk emotion from it, it just comes naturally from Cernan’s own words, the buildup to it and the footage of the events.

In the end when Cernan tours the settings of all these great accomplishments he was a part of, he appears very sad at the derelict conditions everything’s in. Dusty, rusted, seemingly forgotten. His attitude questioning his legacy and what history will remember is a poignant ending of the film.

I went into this not really expecting very much and was very pleasantly surprised. Very good film. 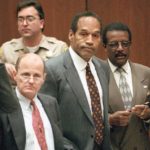 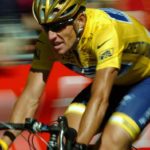