Hambleton has had a long extensive military career. His speciality is electronic surveillance, he has never seen combat with the enemy. His call sign is Bat-21. The enemy knows his dire situation, that he is a valuable U.S. asset within their reach, are anxious to capture him and to obtain the valuable information Bat-21 knows.

A rescue effort is quickly put in place for Bat-21. His only communication with U.S. forces is via radio with pilot Bartholomew ‘Birddog’ Clark who is flying overhead tracking his locations. However, with the enemy also listening in, they can also track his whereabouts making a successful rescue mission unlikely. Bat-21 devises a plan to reach safe territory for a pickup by creating a code for the course he’ll traverse through the jungle based on his favorite golf course he plays. This will allow Birddog to keep track of his location, will confuse the enemy being unable to decipher the information they overhear and hopefully lead Bat-21 to safety and a rescue.

Based on a true story and the book, Bat*21 didn’t get much attention when it was first released. It wasn’t for it’s lack of quality. It’s a very good gripping story, however it just didn’t attract audiences. Perhaps it was due to the timing of its release During the 1980’s a slew of high profile and popular films about the Vietnam War had come out, and Bat*21 might have got lost in the shuffle. That’s my theory.

Since then it has gained more respect and has become noted by some as a standout in the war film genre.

Bat-21’s initial mission was surveillance. Although a military man for most of his life Hambleton has never had combat experience and now stranded and trying to survive behind enemy lines he gets a frightening look at war and the repercussions of it on the ground.

Rather than viewing the war through charts and aerial photographs he gets a visceral look at what damage and the human toll bomb drops will do. There are many instances in the story where he comes face to face with human beings being killed and having to kill for his own survival. It’s a dramatic turnaround for this man. There’s an excellent scene of Bat-21 witnessing a bomb drop and being horrified by the casualties that it incurs. It’s a much different look at the operation than his typical view during the war. Sensing that he has been shaken up by what he sees and is not having the enthusiasm the pilots are having high above in the air Birddog says, “I guess it’s different on the ground.”, to which Bat-21 replies, “It’s too damn close.”

Hackman is always good in whatever he did. Even when he appeared in lousier films, his charisma and talent could always be counted on and he would be an asset to have. Here, Hackman has a plum role. Much of the time he’s quiet or communicating only by radio. He doesn’t have others to play off of as much. It’s practically a one-man show for his part, and he does a great job playing the hopelessness and fear this guy is faced with.

This is about the rescue of one man and the question arises of just how much is worth to sacrifice to save him, even if he has important information that shouldn’t fall into the enemy hands. This is a weight that troubles Bat-21, as he sees failed rescue attempts cost the lives of men. All this death is all for him. There’s is a haunting moment when Hambleton still hiding out of sight watches helplessly as captured U.S. soldiers are forced to pinpoint his whereabouts to the enemy. He struggles with keeping his head down and to save his own life while others innocents are executed to safe his. It’s a tough scene to watch.

There are both terrifying and sympathetic moments he encounters. Forced to kill a father he meekly apologizes to his family and later breaks down emotionally. Also an unexpected moment of finding humanity and sympathy on the ground. Maybe all these people aren’t ‘the enemy’ as Bat-21 viewed fighting this war from a distance.

Glover is a solid aerial sidekick, as his mission of staying in contact with Bat-21 grows from at first being an unwanted assignment to a personal vow to rescue this man. Gradually the connection between the two becomes more compassionate than just two isolated voices on the radio. Hackman’s growing helplessness, Glover’s encouragement and his diligent studying of Bat-21’s golf course code, makes you get on their side and pray for a successful pickup of this man. I have to mention Jerry Reed, who’s also very good in this. I know most people know him as Snowman from Smokey and the Bandit and of course his signing talents, but he holds his own with all the other actors. He was a decent actor.

For such a straight forward simple story, Bat*21 uses it to present ideas and conflicting perspectives on war and the sacrifices that are made. I’ve always been a fan of Hackman and again he does not disappoint. It’s another excellent performance by him

I’ve never read the book based on this story, so I suspect there were liberties taken to adapt it to film. As film alone, I think it’s quite good, has some terrific performances and felt it has always been underrated. It’s a movie I can get wrapped up into every time I come across it. 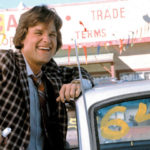 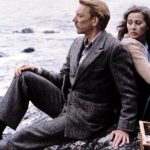