It’s the not-so-distant future and tough motorcycle duo Harley Davidson (Mickey Rourke) and the Marlboro Man (Don Johnson) just can’t help but getting into trouble and loving every second of it.

They stumble into gas station robberies, get into bar fights and pick up the best looking hitchhikers that ever graced the highways of America.

And this is what happens when they’re not looking for action! Imagine what would happen if they do!

Well, subsequently their favorite bar and all their pals are facing foreclosure to the bank. Not wanting to see their favorite watering hole closed down and replaced by a fancy skyscraper they formulate a plan to rob the bank and use all that loot to pay off the bars debts.

However, the armored car they rob doesn’t contain any money, but a new street drug by the name of ‘crystal dream’. Now Harley and Marlboro are on the run from the nasty bank president (Tom Sizemore) who wants his drugs back and his squad of black over-coated goons led by Daniel Baldwin unleash a wave of fire power on the two good old boys. What a crazy movie this is. Everything about it – the casting, the premise, the outfits, the title, the fact it takes place in the not-so-distant-future. It’s hard to believe looking back that this was actually released by a major studio (MGM) in the summer of ’91.

In a season with such high profile action releases such as Terminator 2, Point Break, Robin Hood: Prince of Thieves, Backdraft, Thelma & Louise, Hudson Hawk, Harley Davidson and the Marlboro Man looked strange even at the time. It’s no wonder it bombed at the box office and didn’t attract an audience. I don’t think people had any idea what to make of it only that it looked like a real stinker.

It’s kind of funny this period of 90’s action movies. As the super-charged 80’s action titans began fading away, the action genre didn’t really have much of an identity during the 1990s. The action flicks that did come out didn’t leave much of an impact.

Mainly all we got were Die Hard knock-offs, a few cop/buddy films and some low-budget martial arts flicks. This was probably one of the reasons why action fans gravitated to John Woo’s films in such fervent numbers. The best place to go for kickass action movies was overseas. Stateside it seemed the genre just floated along until they were replaced with more hi-tech/sci-fi/superhero CGI-laced films. The idea of guys shooting plain old guns at bad guys started to already become passé.

The movie is awfully silly. Unbelievably so. With two such macho characters, named after two of the most macho images ever the movie should just be oozing with testosterone. The product placement for this movie should have been huge! The only way to have upped things would have been if they tossed in a character named Bud Wiser! This is almost like a precursor to The Expendables. Only these guys should be even more macho – they’re named after motorcycles and cigarettes!

We have two stars who at the time were just entering a period of dramatic decline in their careers after having been huge stars in the 80’s. They join forces in such an outlandish flick that I suppose the thinking was it might have been a jolt in both their careers. But alas, it ended up being a project that only hurt them. It left people wondering, “this is what these guys are relegated to do now???”

At least it was a paycheck.

The story plays as sort of a ‘loose remake’ of Butch Cassidy and the Sundance Kid. And when I say ‘loose remake’ I mean it only uses the general premise – two outlaws on the run from a bunch of bad guys – and updates it for our biker and cowboy hero. That might seem like I’m stretching the ‘Butch and Sundance’ comparison, but there are plenty of scenes and lines of dialogue that make it clear it was an inspiration for Harley and Marlboro. Probably the scene that will really tip audiences off to this is a climactic high jump into a body of water, but there’s plenty more things ‘borrowed’ that I won’t bother listing here.

Harl and Marl do some masculine things and have the right arrogant attitude. There were even moments I was starting to get into it and I was hoping that things would start to go into overboard entertaining territory, but it never does. It just sort of floats along. Nothing in it is particularly memorable. Sizemore and Baldwin are both lightweight villains. It is cool watching the pursuing cartoony-looking trenchcoat squad (who look like they stepped out of the Matrix wardrobe department) continue popping up and our heroes unable to shake them, but the encounters could have been much more exciting than just the usual squibs going off and the guys running.

Director Simon Wincer never stages any real unique action sequences. Even the climax with Harley and Marlboro shooting it out against the baddies in an airplane junkyard is very blah.

There are a lot of recognizable supporting actors that appear in this – Tia Carrere, Vanessa Williams, Giancarlo Esposito, Chelsea Field (who I always had a crush on). Even Big John Studd shows up to kick Rourke’s ass. And all of them come and go not leaving any impact. It is fun to see a young cute Kelly Hu as a gas station attendant at least.

Johnson seems to be having some fun with his role. It looks like he’s enjoying spouting out the advice his daddy taught him at the most inopportune moments and berating Harley for his lack of shooting skills. “Harley, if you were shootin’ for shit you wouldn’t get a whiff!”. I wish there was more lines like that. Rourke seems to be sleepwalking during most of the movie. Maybe it was his way to act ultra-cool, but he ends up being the less charismatic of the two and it’s not very exciting to watch him. This shouldn’t be surprising, since Rourke later said he only did the movie for the money and would disown this flick. Too bad he didn’t get into more of the spirit of this.

It would have been so much more fun had the movie gone off the charts either intentionally or unintentionally with its manliness and dialogue and just made it such an over-the-top, overblown, adventure you couldn’t help but relish in it. A little bit like how Roadhouse affects me.

Despite all that, I don’t think it’s as bad as it gets notoriously knocked. There are a few fun moments, some silly dialogue between the two, some alright shoot-outs, but in the end it all ends up as a dumb forgettable action flick that quickly fell off the radar.

With these two characters a pretty good junky action flick could have been made. It doesn’t even attain a guilty pleasure cult staus for me. And it’s shame since I really think it could have. I just see it as lost potential. This looked like it would have been much better suited as a cheaper straight-to-video action flick. It might have had better odds had it been one of those strange little films that audiences discovered on their own and would tell their friends about.

Heck, it could have even inspired a whole series of films. ‘Harely Davidson and the Marlboro Man – ‘In New York’, ‘In Europe’, ‘On Vacation’, ‘Run For Office’, ‘The Early Years’. There were a ton of adventures to see and more stories that could have been told.

Even if Rourke and Johnson weren’t up for a sequel they could have just recast the roles, much the same way the Butch and Sundance prequel did. But I figured during the 90’s both of them could have used another paycheck.

Check out Siskel and Ebert reviewing the film. It’s a very unexpected disagreement. 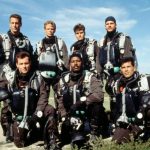 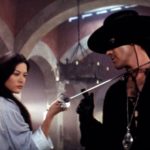