Writer/director Lawrence Kasdan revisits the western genre deep in the 1980’s when it was pretty much dead. At least the very least it was extremely comatose.

Four gunslinging heroes meet up and each run into some problems with corrupt law, greedy ranchers and shifty partners from the past as tensions come to a head in the town of Silverado.

Horses are saddled, guns go ablazin’ and an epic score accompanies our heroes as they right dusty wrongs and give movie audiences one of the few big-budget westerns made in the 1980’s.

Silverado plays like a love letter to westerns of the past incorporating many of the old tropes of the genre into its story. Shootouts, saloon brawls, stampedes, jail breaks. And while it all might not be original, it all feels fresh thanks to the enthusiastic cast and Kasdan. When I watch this movie I always think, ‘everyone must have had a blast making this’, just because the movie is so much darn fun.

Our four heroes all click, they all look cool in their western attire and really play well off each other. Scott Glenn, Danny Glover, Kevin Costner and Kevin Kline grab the reigns and make this quartet of cowboys guys you want to root for. These guys make a great set of leads. You simply like all of them! Each are given their own stories which inevitably leads them meeting up with one another and finding themselves all on the same opposing side of the same bad guys. They’re each pushed to the breaking point and are determined to save the town of Silverado from the evil folks who are running it.

There’s some wonderful actors who fill up the supporting parts – John Cleese, Jeff Goldblum, Jeff Fahey, Linda Hunt, the devilish Brian Dennehy. This is a pretty impressive cast. It’s like the western version of The Avengers!

The film went through great pains to create the western town. Not once does the movie feel like some cheap backlot production. When the camera pans up over the flat vast landscapes with Bruce Broughton’s wonderful score booming you can’t help but be won over.

Between the dramatic stare downs, there’s a good use of humor that runs throughout. Whether it be a quick one-liner, a confused double-take or Costner cackling like a kid playing cowboys. It all creates a quirky unique tone. Kasdan also throws in some awfully cool little gunfighting touches. Like, Glenn shooting off the thorns on a cactus, which I always thought was so ridiculously awesome I can’t help but smile when I see it.

At times the movie does feel overstuffed though. There’s so many characters and stories going on that some aren’t given enough time to really take root. This is what happens with Roseanna Arquette’s underwritten homesteader. Originally she was meant to create a love triangle between her, Glenn and Kline, but there’s barely any focus on it and that storyline could have been dropped completely without losing much of anything. Even Kasdan regrets what happened with her character when most of her story was cut from the final film. So she shows up briefly in sporadic scenes and doesn’t leave an impact at all.

I watch Silverado today and think, ‘Why don’t they make movies like this anymore?’.

It’s such an entertaining movie it’s disappointing it wasn’t able to manage to jumpstart westerns again back during its release – or at least give the genre a little jolt. I wonder had Silverado been released today would it still have gotten the same results. It’s the kind of movie where it reminds kids that westerns can be awfully cool.

It accomplishes that feat much better than that Lone Ranger flick. 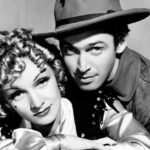