An eclectic group of security breakers get hired by the government to retrieve a very special item. Team leader Robert Redford accepts the deal and the gang plan the heist, execute it and make off with a very unique item.

However, they soon learn they’ve been duped! The government imposters snatch that item from their hands, Redford’s past and a distant old pal come bubbling back, the team looks guilty of crimes and everyones lives are threatened. The only way to clear their names and ensure the world is safe is to steal that all important item back! But with the security at its highest level can they manage doing it again?

Sneakers isn’t a terrific film, but it is an entertaining piece of fluff. Writers/director Phil Alden Robinson crafts an innocuous, enjoyable piece of cinematic candy with an all-star cast in this caper film. There’s nothing mind-blowing about it. It’s a very likable cast in a fairly by-the-numbers mainstream heist flick.

I’ve read that the cast had a great time shooting the movie. And I suppose that’s the feeling it wanted the audience to have – just have a good time.

The story is not complicated at all. Redford’s old pal Ben Kingsley dupes him and the team which corners them to steal back that very special box. So, Redford and his team Dan Aykroyd, Sidney Poiter, River Phoenix, David Strathairn and ex-gal Mary McDonnell plan and go about their heist. It’s a breezy movie with the cast exchanging cute one-liners with one another. They come up with some snazzy devices to beat the security that Kingsely has set up in his hi-tech building. Then we watch as it all unfolds and hope Redford can swipe that little box back from Kingsely.

For a reward we get a nice, happy, amusing ending that will leave us smiling at the end.

I don’t have much more to say about Sneakers. Everyone in the cast had done much better movies, including Robinson. It’s harmless enough, but it’s not a movie I’ve wanted to revisit. I hadn’t watched it since it first came out and when I stumbled onto it on television recently thought I would give it a watch and it left me feeling the same way about it all those years ago – it’s ok. 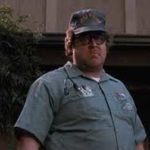 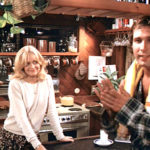